Even During Deep Sleep, Mouse Pupils Filter the Outside World 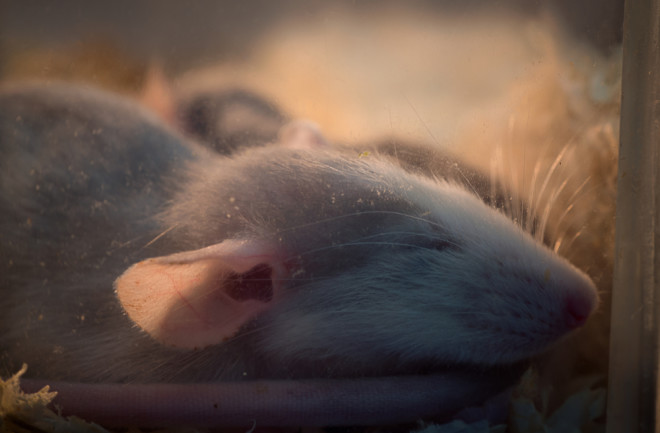 (Credit: Shutterstock) The eye may not be the window to the soul in the conventional sense, but it is a window into the intricate workings of the mind. The pupil of the eye fluctuates and varies a lot in humans and many mammals. If tracked during the day, the pupil will not only respond to changes in external stimuli such as light, but also to internal conditions such as attention and emotional states. It is a signifier of what goes on in a person’s head and is linked to brain activity. Does this revelatory behavior continue even when we are no longer awake? Perhaps.An eye-opening revelation A simple experiment meant to train mice to sleep for a study took a turn when researchers found that many of their mice slept with their eyes open. Daniel Huber, along with his colleagues and students at the University of Geneva, paired this discovery with a new technique of photographing the pupil to see if there was a connection between pupil activity and the sleep cycle. They found that pupil size fluctuated wildly, but predictably, during sleep. “You can measure sleep by measuring the oscillation in the pupil,” says Huber. There are two types of sleep: Rapid eye movement (REM) sleep and Non-rapid eye movement (NREM) sleep. Brain activity during REM sleep is similar to the wake state; this is when dreams occur. The NREM sleep is further broken up into four stages, with stage four, also known as slow-wave sleep, being the deepest stage of sleep. Throughout the night, the brain cycles between REM and various stages of NREM sleep. During NREM sleep, researchers found, the pupil appears smaller during deeper sleep stages and widens during lighter sleep. It also moves left to right during periods of REM sleep. Pupil size variation was due to active constriction by the parasympathetic pathway of the nervous system, which regulates homeostasis and the body at rest. Actively constricting the pupil requires a lot of energy, according to Huber, and they experimentally deduced that its utility is to prevent light-induced wake up. “The pupil has a protective function to keep the mice sleeping during very deep sleep,” says Huber. “This might be important because we think that these periods of very deep sleep are somehow related to memory consolidations. If we wake up easily during these periods, our memories might also take a hit.” Huber said it was interesting to see the pupil continue working and playing an active role even during sleep. “It’s one of the first times we've seen the brain, by its activity, gate sensory information out at the periphery,” continued Huber. From this experiment, the researchers also found that other bodily rhythms, such as the heartbeat, can be predicted from pupil size in sleep. There are also questions about whether other sensory are affected during sleep. Looking forward, Huber said that there are many avenues to explore. But right now, most of it is speculation. The system could be complimentary in humans, but only testing will yield a definitive answer. Even then, outcomes are hard to predict due to the questions of evolving technology and best methodology. Even so, while human sleep systems may be more complex than a mouse's, there’s no denying certain unmistakable similarities. Huber even thinks that mice might dream.