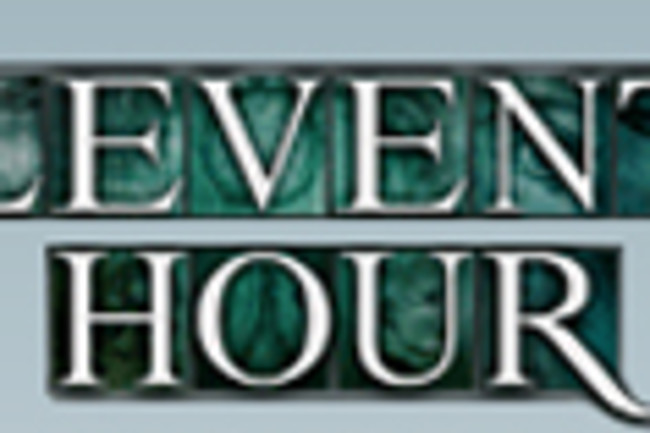 A small part of me despaired after last night's Eleventh Hour: A virus passed by skin-to-skin contact caused a self-generating nanofilm of metal to spread all over the skin, which then made everyone with the disease susceptible to lightning strikes. In the immortal word of Bill Cosby: Right. But start reading enough about nanofilm, and anyone would discover there's actually some real science out there that can justify parts of this plot. Think of the episode as a kind of pointillist canvas, with each dot of discovery forming the big picture of a Sci Fi plot device. Nanofilms are, in general, a totally pedestrian concept. Put simply, it's a layer of material that coats something else, only since it's a nano-something, the coating will only be a molecule or two thick, at the most. Severalcommercialcompanies make nanofilms that make glasses, computer monitors, or optical lenses resistant to fog and finger prints. Some of these are self-reactive (like on Elventh Hour, but without the picking up metals from their substrate part) in that they spread over the glass surface and bond with it. Also, like in the show, researchers are studying the electronic applications of nanofilms. The Journal of Microelectromechanical Systems published an article in February suggesting that ti would not be difficult to create a nanofilm switch. The film reacts to chemical stimuli and changes its resistance, altering the flow of electrons. There's also been work looking at the the properties of nanofilms as self-generating, and electrically conducting, plastics, though early results have only just been published. In medicine, there's great hope that nanofilms will provide enormous benefits as the problems are worked out. An overview of the field published in Nanomedicine proposes several potential applications, including "coatings for medical implant devices, scaffolds for tissue engineering, coatings for targeted drug delivery, artificial cells for oxygen therapeutics, and artificial viruses for immunization." The notion of using a nanofilm to coat an implanted medical device has already been patented. Nanofilms can be used both to protect the devicce from the body's environment, and also can be designed to trigger the device when it experiences certain chemical changes. Some Swiss researchers have also worked out a way to use a virus to deliver a nanofilm coated ball of DNA to a cell. Wait, hang on: Nanofilms and viruses? Bad idea, man.