In my post below on selection for the "better" zygoteMichelle observes that "This would be relatively easy for the father, not so much for the mother." I took her to mean either of two things, 1) Extraction of eggs is a major surgical affair. Extraction of sperm is not. 2) Males generally have many more sperm to contribute than females. The latter issue made me go look for data on human females, by age. The paper A systematic review of tests predicting ovarian reserve and IVF outcome had what I was looking for. First, let's review the cumulative distribution of fertility curves for women: 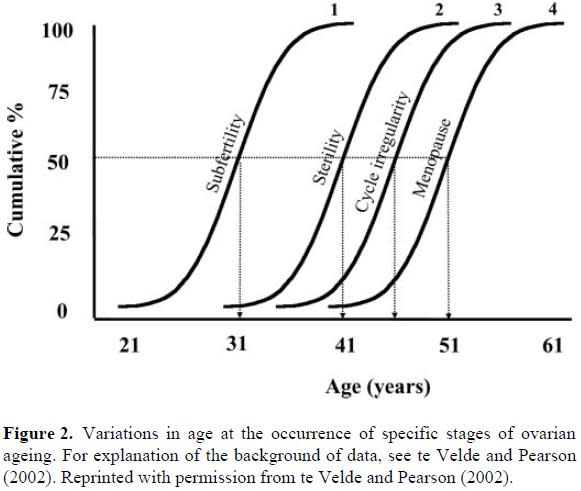 The way I read the figure 50% of women are sterile at 41. 50% begin their fertility drop at 31. Note that a small, but significant, minority of women are already sterile by age 35. People talk about fertility curves, but less weight is given to the fact that the curve varies in terms of its chronology! Second, let's look at the number and quality of ovarian follicles over time (they correspond to number of incipient eggs): 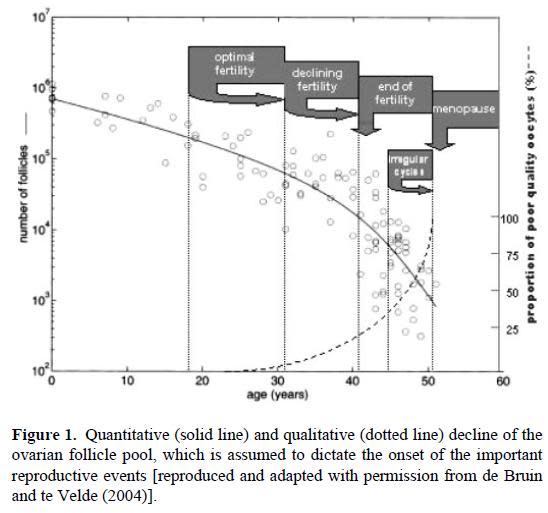