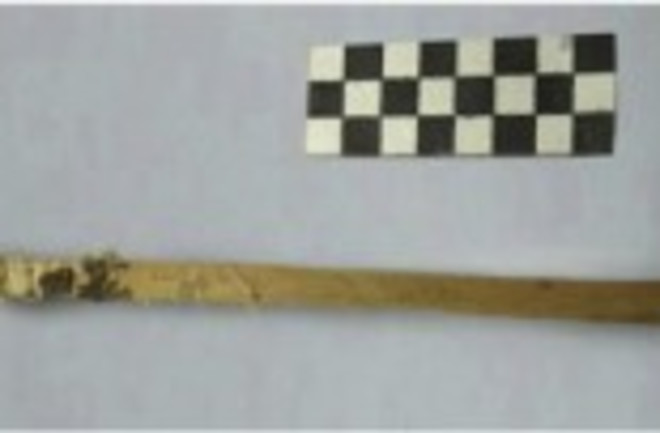 Figure 4. One of the personal hygiene sticks found in the latrine at the Xuanquanzhi site. The stick is wrapped with cloth at one end and there are traces of brown material, human faeces.It has long been suspected that ancient trade routes facilitated the exchange of parasites as well as more savory goods, particularly along the famous "Silk Road" that connected Europe to East Asia. Here, scientists set out to test this idea by probing "personal hygiene sticks" (cloth-wrapped bum-scrapers) for parasite eggs. The sticks were unearthed at a relay station along the Silk Road in northwestern China and date from ~100 BC. And boy were they loaded with useful "data": the scientists found eggs of Chinese liver flukes, tapeworms, roundworms, and whipworm. Well, crap!Early evidence for travel with infectious diseases along the Silk Road: Intestinal parasites from 2000 year-old personal hygiene sticks in a latrine at Xuanquanzhi Relay Station in China. "The Silk Road has often been blamed for the spread of infectious diseases in the past between East Asia, the Middle East and Europe. While such a hypothesis seems plausible, there is actually very little concrete evidence to prove that diseases were transmitted by early travellers moving along its various branches. The aim of this study is to look for ancient parasite eggs on personal hygiene sticks in a latrine at a large relay station on the Silk Road at Xuanquanzhi (111 BCE–CE 109), at the eastern margin of the Tarim Basin in north-western China. We isolated eggs of four species of parasitic intestinal worms: Chinese liver fluke (Clonorchis sinensis), Taenia sp. tapeworm (likely Taenia asiatica, Taenia solium or Taenia saginata), roundworm (Ascaris lumbricoides) and whipworm (Trichuris trichiura). The Chinese liver fluke requires wet marshy areas to sustain its life cycle and could not have been endemic to this arid region. The presence of this species suggests that people from well-watered areas of eastern or southern China travelled with their parasites to this relay station along the Silk Road, either for trade or on government business. This appears to be the earliest archaeological evidence for travel with infectious diseases along the Silk Road." Related content: What your poop looks like can tell you how long it’s been inside.Rectal salami.How do alligator erections work?