Ebola Lurked in Patient's Eye, Turning It From Blue to Green 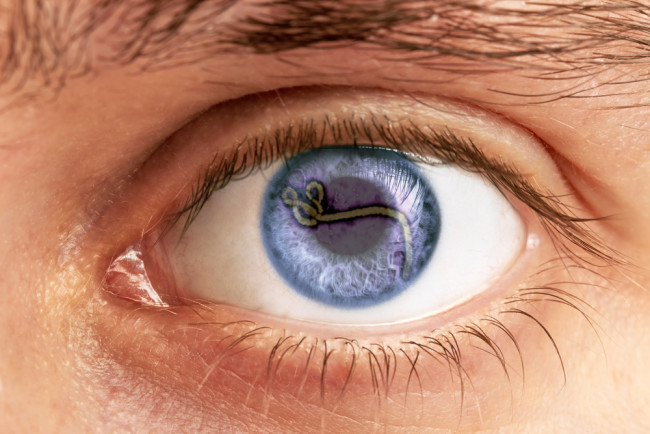 Doctors are learning that Ebola has a nasty habit of sticking around. Dr. Ian Crozier, who worked with the World Health Organization in Sierra Leone, thought he had won his life-threatening battle against Ebola in October, but two months later he was back in the hospital complaining of intense eye pain and fading sight. Doctors discovered the Ebola virus was still living in his eye, and, in a freaky twist, had turned his eye from blue to green.

A doctor was told he had been cured of Ebola. But the virus was lurking in his eye http://t.co/miBC2vzq0Hpic.twitter.com/w1tPl62KTc

Crozier’s case serves as a vivid reminder that there’s still much to learn about the virus that has infected more than 26,000 people since December 2013.

Our eyeballs are immune-privileged organs, meaning they are protected from the body’s immune system to prevent an inflammatory response that could damage the eye. The central nervous system, gonads and some cartilage also enjoy this privilege. Doctors who treated Crozier report this week in The New England Journal of Medicine

that they believe the Ebola virus exploited this loophole to thrive in the eyeball. Doctors already know that Ebola persists in patients’ bodies even months after they are cured. Ebola can, for example, linger in semen long after a man is symptom-free. Recently, a man spread the virus

via sexual intercourse five months after he was released from the hospital.

Because prior outbreaks of the disease have been small-scale, scientific knowledge of life after Ebola is limited. In one small study, which was basically a meeting of 20 survivors of the 1995 Ebola outbreak in the Democratic Republic of Congo, scientists reported that three of the 20 survivors had swelling of the eye lie Crozier, while others reported chronic pain as well as social and psychological struggles. According to the New York Times

, the main symptoms seen presently at a clinic for Ebola survivors in Monrovia are chronic pain, headaches and eye trouble. As doctors continue to treat and save Ebola sufferers we’ll no doubt learn more about the long-term consequences of the disease. For now, we’re happy to report that Crozier’s eye was healed and, with antiviral treatment, his vision, and blue eye color, were restored.