Snapshot from a scanning electron microscope. 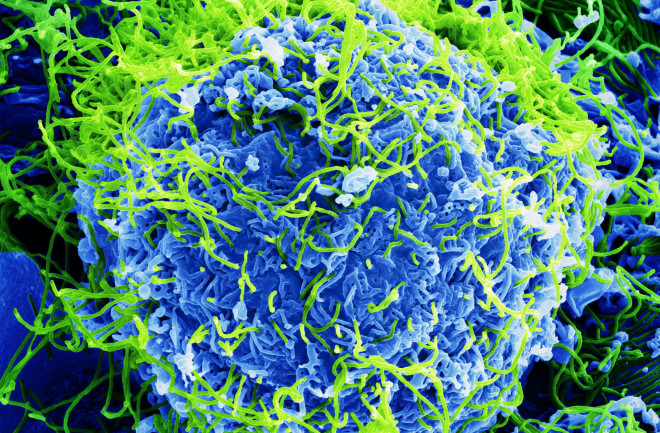 Green-colored strands of Ebola virus swarm a blue Vero cell in this color-enhanced image from a scanning electron microscope. One of the most common mammalian cell lines used in virology research, Vero cells ultimately come from African green monkey kidney cells developed in 1962. Today, international research groups are using the cells to develop a vaccine against the virus. More than 11,000 people with Ebola died during the 2014–2016 outbreak in West Africa; a clinical vaccine trial in the Democratic Republic of Congo, announced in November, is underway.

[This story originally appeared in print as "Fighting Ebola."]