Drug-Resistant Malaria in Cambodia Raises Fears of a Super Parasite 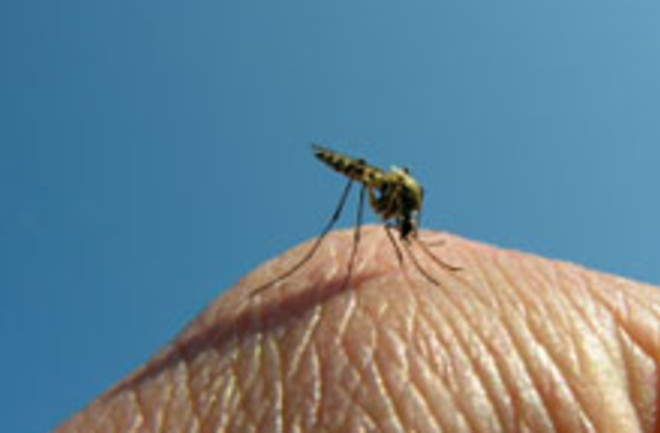 Malaria in Cambodia is becoming increasingly resistant to one of strongest anti-malarial treatment available, according to a study published in the New England Journal of Medicine. That could cause literally millions of deaths as malaria, already the world's third-deadliest infectious disease, becomes unresponsive to remedies that once proved effective against the disease. The drugs examined were derived from artemisinin, the basis of the most effective treatment for the bloodborne parasite that causes malaria. To study the treatment's effectiveness, researchers

compared the effects of artemisinin drugs in 40 malaria patients in western Cambodia and 40 patients in northwestern Thailand. On average, the patients in Thailand were clear of malaria parasites within 48 hours, compared to 84 hours for the Cambodian patients [HealthDay News].

That means the remedies were significantly less effective against the mosquito-transmitted parasite in Cambodia. Furthermore, in the time since the study concluded, healthcare workers have observed lengthened clearance times among malaria patients in southern Cambodia, indicating the resistant strain has already begun to spread. Resistant strains can arise because anti-malarial treatments are sometimes not administered for long enough to completely eliminate all parasites from the body;

"in some patients the parasite is not completely eradicated from the body, allowing the few parasites that are left to grow and reappear weeks later" [Telegraph],

says study leader Arjen Dondorp. This process can give rise to parasites that are resistant to the treatment originally administered. Less-effective counterfeit drugs might also have contributed to the resistant strain by treating malaria cases incompletely, the researchers say. If the resistant strain spreads, it could have dire consequences, because there isn't a more effective alternative to artemisinin-based drugs. T

he failure of artemisinin-based treatments would be “disastrous” for global efforts aimed at curbing the death and disease wrought by the malady [Bloomberg],

The World Health Organization is taking the threat seriously. With a $23 million grant from the Bill & Melinda Gates Foundation, the WHO is organizing efforts to keep this strain of resistant malaria out of Africa--where a whopping 90 percent of the world's malaria cases occur. According to malaria expert Carlos Campbell, “History warns us that it will intensify and spread unless containment steps are taken”