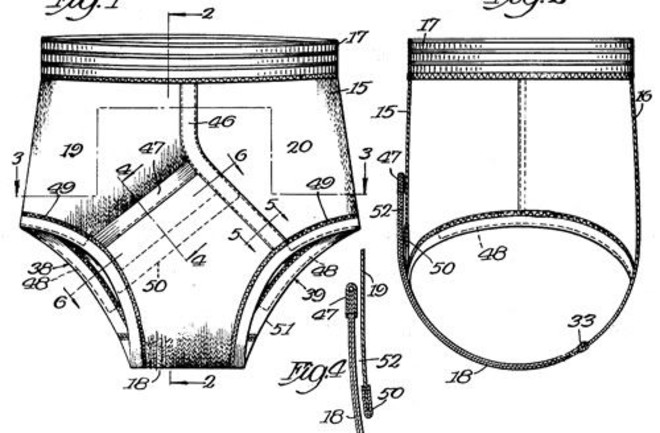 Boxers versus briefs: it's a personal question that might have big consequences for your future. That's because warming up your testicles can seriously screw up sperm development--so seriously, in fact, that polyester ball cozies have been shown to be an effective form of birth control. So if briefs are (literally) hotter than boxers, they may reduce your fertility. But before you go burn your briefs, check out the study below. These scientists actually tested the testicular temperatures of men wearing both styles of nut huts, and they found that there was no significant difference. Don't just rely on our brief (!) summary, though--go read the paper for yourself!

Are boxer shorts really better? A critical analysis of the role of underwear type in male subfertility. "PURPOSE: Elevation of testicular temperature may result in arrest of spermatogenesis, abnormal semen parameters and sterility. It has been proposed that brief style underwear may produce scrotal hyperthermia and lead to clinical subfertility. Although this idea is regarded as dogma by many in the lay community and the changing of underwear type is a therapy frequently recommended by medical practitioners, there is a paucity of data measuring scrotal temperature as a function of underwear type. MATERIALS AND METHODS: Scrotal, core and skin temperatures were measured in 97 consecutive men presenting for evaluation of primary clinical subfertility. These cases were categorized by underwear type to boxer or brief group. Semen analyses were obtained in all patients. Individuals from each group were compared to ascertain differences in temperature when wearing and not wearing underwear. Baseline semen parameters also were compared. In 14 subjects (crossover group) underwear type was changed to the alternative type and scrotal temperature measurements were repeated. Literature regarding underwear type, testicular temperature and/or fertility was reviewed and critically analyzed. RESULTS: Mean scrotal temperature plus or minus standard deviation was 33.8 +/- 0.8 C and 33.6 +/- 1.1 C in the boxer and brief group, respectively. There were no significant temperature differences between the groups. Differential temperatures comparing core to scrotal temperature and semen parameters also were not significantly different. These observations remained constant in the crossover group. CONCLUSIONS: The hyperthermic effect of brief style underwear has been exaggerated. In our study there was no difference in scrotal temperature depending on underwear type. It is unlikely that underwear type has a significant effect on male fertility. Routinely advising infertility patients to wear boxer shorts cannot be supported by available scientific evidence." Related content: Finally, a male contraceptive: behold the ball cozy!Want to increase your fertility? Try wearing a kilt!Scientists determine what makes a good-looking penis.