Does Testosterone Cause Greedy Behavior? Or Do We Just Think It Does? 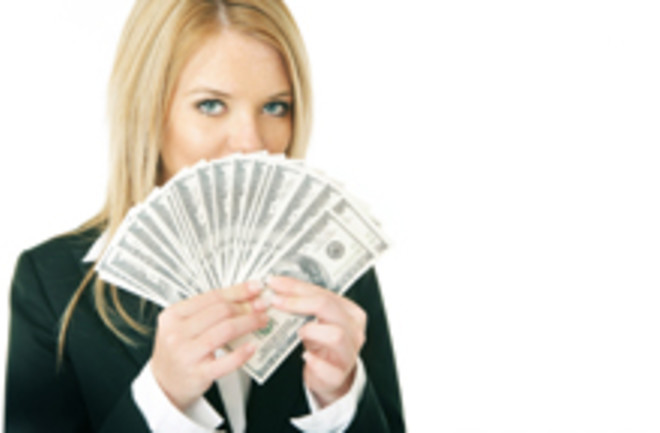 A spike in testosterone may not always turn you into a greedy, aggressive, power hungry monster. According to research led by Ernst Fehr, testosterone's true effect may be to encourage status-seeking behavior, and it can actually make people play more fairly with others. What's more, its biological effects on a person may be overruled by that person's beliefs. In a game-playing experiment set up by Fehr in which some people received a testosterone shot while others got a placebo,

those who suspected they had received bona fide testosterone acted more selfishly than those who believed they got the bogus treatment, no matter what they actually received [New Scientist].

The researchers tested women because they have little variation in their normal testosterone levels. The authors, who published their work in the journal Nature, say their results essentially debunk the popular wisdom that says testosterone causes aggression. Rather, their findings reinforce another idea--hormones are complicated, and testosterone is no exception.

The idea that testosterone leads to aggression is simply a "folk hypothesis," as Fehr calls it. Past studies linked high blood testosterone levels to confrontational behavior, but they weren't able to discriminate between cause and effect. The new research by Fehr allowed the scientists to separate the biological response to testosterone from other social responses, such as a perceived threat to one's social status, to see which is a more important contributor to aggressive behavior.

Each woman was paired with a partner (from another group of 60) and played an "Ultimatum game" for a pot of ten Swiss francs. One woman, the "proposer", decided how to allocate it and her partner, "the responder" could choose to accept or refuse the offer. If she accepts, the money is split as suggested and if she refuses, both players go empty-handed. The fairest split would be an equal one but from the responder's point of view, any money would be better than nothing. The game rarely plays out like that though - so disgusted are humans with unfairness that responders tend to reject low offers, sacrificing their own meagre gains to spite their proposers [Not Exactly Rocket Science]. Women that received the testosterone shot actually made more generous offers to their partners, possibly because these women were seeking status, and didn't want to be rejected. And who were the people who exhibited the greediest behavior? Those who got the placebo, but thought they got the testosterone shot.

That indicates, says Fehr, that the subjects' negative assumptions about testosterone--not the hormone itself--led to antisocial behavior [ScienceNOW Daily News].

Studies linking testosterone to one behavior or another have appeared in the news quite a bit lately, often with definitive headlines. Instead of making bold claims about testosterone, Fehr and colleagues say that while animal behavior may be more dramatically influenced by hormones, human behavior is far more complicated, and biology doesn't always rule. Related Content: 80beats: Testosterone “Sex Patch” Could Boost Older Women’s Libidos 80beats: Men With High Testosterone Levels Make Riskier Financial Decisions 80beats: Wall Street’s Winners May Be Determined While They’re Still in the WombImage: iStockphoto

More From Discover
Health
Walking vs. Running Benefits: Should You Walk or Run for Exercise?
Health
Is Vitamin C Actually an Effective Cold Remedy?
Health
Why Walking Might Be One of the Best Exercises For Health
Health
What Science Says About the Potential Healing Effects of Essential Oils
Health
Liquid Meal Replacements: Can We Move Beyond Food?
Health
Delta 8 THC Near Me: Where to Buy The Best D8 Products Online
Recommendations From Our Store
My Science ShopDiscover STEM Kits
My Science ShopDiscover 2022 Calendar
My Science ShopStrange Science
My Science ShopElements Flashcards
Shop Now
Stay Curious
Join
Our List