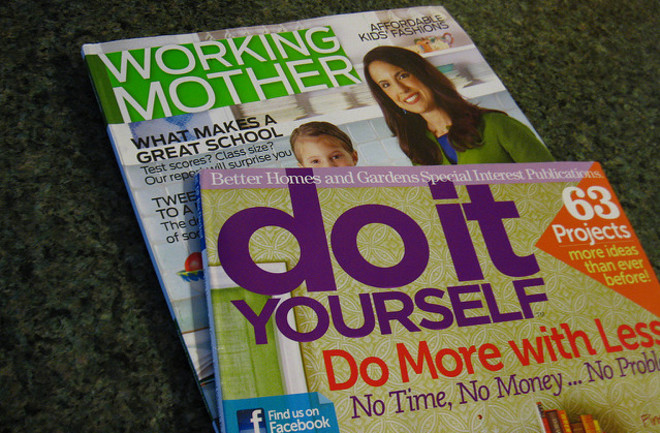 Image: Flickr/EvelynGigglesGiving a semen sample is pretty high up on the awkward scale. Common sense says that pornographic magazines should help set the mood. But are they actually necessary? A team of researchers from down under (Sydney) found out by conducting a study of 1520 men who were giving semen samples in a hospital. Turns out that men given dirty magazines were actually SLOWER at semen production (enjoying the reading material, perhaps?) unless they were told that they were in a study. Then all the men took about the same amount of time to, er, produce. Randomised controlled trial of whether erotic material is required for semen collection: impact of informed consent on outcome. "Semen is collected to evaluate male fertility or cryostore sperm preferentially in laboratories but such collection facilities have no standard fit-out. It is widely believed but untested whether providing erotic material (EM) is required to collect semen by masturbation in the unfamiliar environment. To test this assumption, 1520 men (1046 undergoing fertility evaluation, 474 sperm cryostorage, providing 1932 semen collection episodes) consecutively attending the semen laboratory of a major metropolitan teaching hospital for semen analysis were eligible for randomization to be provided or not with printed erotic material EM (X-rated, soft-core magazines) during semen collection. Randomization was performed by providing magazines in the collection rooms (as a variation on non-standard fit-out) on alternate weeks using a schedule concealed from participants. In the pilot study, men were randomized without seeking consent. In the second part of the study, which continued on from the first without interruption, an approved informed consent procedure was added. The primary outcome, the time to collect semen defined as the time from receiving to returning the sample receptacle, was significantly longer (by ~6%, 14.9 ± 0.3 [mean ± standard error of mean] vs. 14.0 ± 0.2 minutes, p = 0.02) among men provided with EM than those randomized to not being provided. There was no significant increase in the failure to collect semen samples (2.6% overall) nor any difference in age, semen volume or sperm concentration, output or motility according to whether EM was provided or not. The significantly longer time to collect was evident in the pilot study and the study overall, but not in the main study where the informed consent procedure was used. This study provides evidence that refutes the assumption that EM needs to be provided for semen collection in a laboratory. It also provides an example of a usually unobservable participation bias influencing study outcome of a randomized controlled trials." Related content: How to make a vortex of semen.Can you be allergic to your own semen?Low sperm count? Time to put down the sausage.