Do real-life friends make you happier than online friends? 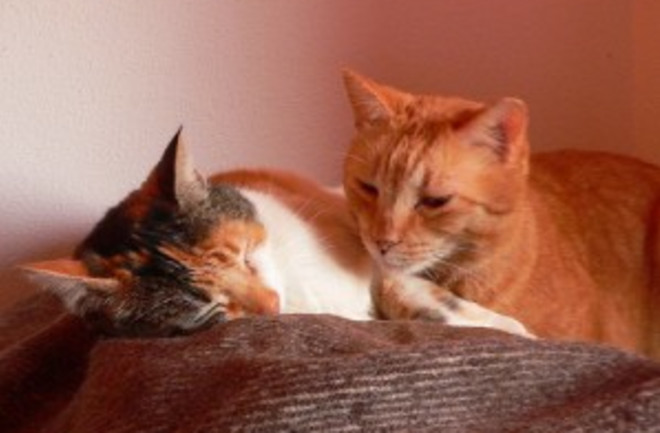 Tired of keeping up relationships with all your real-life friends? Wondering if Facebook friends could substitute? Unfortunately, science has some bad news for you. Based on a survey of 5,000 Canadians, these researchers have concluded that having more real-life friends is positively correlated with reported happiness (also known as "subjective well-being"), even after controlling for things like income. In contrast

Comparing the Happiness Effects of Real and On-Line Friends "A recent large Canadian survey permits us to compare face-to-face (‘real-life’) and on-line social networks as sources of subjective well-being. The sample of 5,000 is drawn randomly from an on-line pool of respondents, a group well placed to have and value on-line friendships. We find three key results. First, the number of real-life friends is positively correlated with subjective well-being (SWB) even after controlling for income, demographic variables and personality differences. Doubling the number of friends in real life has an equivalent effect on well-being as a 50% increase in income. Second, the size of online networks is largely uncorrelated with subjective well-being. Third, we find that real-life friends are much more important for people who are single, divorced, separated or widowed than they are for people who are married or living with a partner. Findings from large international surveys (the European Social Surveys 2002–2008) are used to confirm the importance of real-life social networks to SWB; they also indicate a significantly smaller value of social networks to married or partnered couples."

, the number of online friends (i.e., friends on Facebook who you never interact with in real life) is totally uncorrelated with happiness.

Married? You might be happier with fewer friends than those who are single. But perhaps the most surprising finding was this one: doubling the number of real-life friends had the same effect on happiness as a 50% pay increase!

NCBI ROFL: The science of Facebook relationship status: It's complicated.