Do rats have orgasms? Do you really want to know? 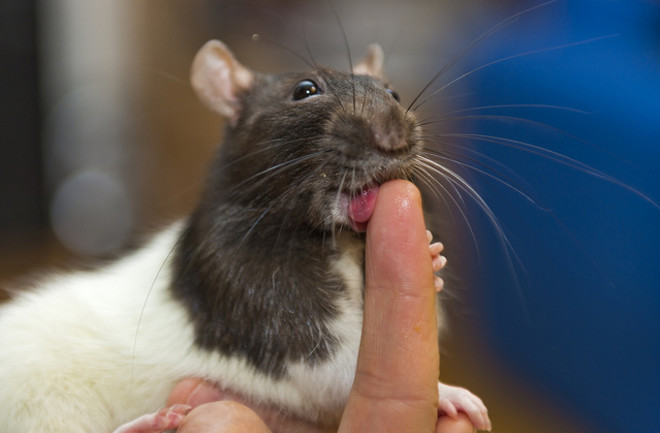 Image: Flickr/Tambako The JaguarRats get a bum rap. Most of us find them repulsive, and we will actively persecute them if we find them in our living spaces. It's no wonder--they harbor carriers of the plague. But, like most mammals, they are more similar to us than you might expect. Take this study, for example. Here, scientists wondered whether non-human mammals have orgasms. To answer this question, they began by coming up with a set of physiological responses associated with human orgasms. They then asked whether rats display any of these same traits after copulation. Lo and behold, both male and female rats display ALL. OF. THEM., indicating that both sexes do have orgasms. Maybe being a rat isn't so bad after all--at least they get the big O!Do rats have orgasms? "BACKGROUND: Although humans experience orgasms with a degree of statistical regularity, they remain among the most enigmatic of sexual responses; difficult to define and even more difficult to study empirically. The question of whether animals experience orgasms is hampered by similar lack of definition and the additional necessity of making inferences from behavioral responses. METHOD: Here we define three behavioral criteria, based on dimensions of the subjective experience of human orgasms described by Mah and Binik, to infer orgasm-like responses (OLRs) in other species: 1) physiological criteria that include pelvic floor and anal muscle contractions that stimulate seminal emission and/or ejaculation in the male, or that stimulate uterine and cervical contractions in the female; 2) short-term behavioral changes that reflect immediate awareness of a pleasurable hedonic reward state during copulation; and 3) long-term behavioral changes that depend on the reward state induced by the OLR, including sexual satiety, the strengthening of patterns of sexual arousal and desire in subsequent copulations, and the generation of conditioned place and partner preferences for contextual and partner-related cues associated with the reward state. We then examine whether physiological and behavioral data from observations of male and female rats during copulation, and in sexually-conditioned place- and partner-preference paradigms, are consistent with these criteria. RESULTS: Both male and female rats display behavioral patterns consistent with OLRs. CONCLUSIONS: The ability to infer OLRs in rats offers new possibilities to study the phenomenon in neurobiological and molecular detail, and to provide both comparative and translational perspectives that would be useful for both basic and clinical research." Related content: Foot orgasm syndrome. Yup, it’s a thing.Apparently, vigorous orgasms can burst a blood vessel in your eye and blind you.Tooth-brushing-induced orgasms. Look ma, no cavities!How does your penis size measure up?