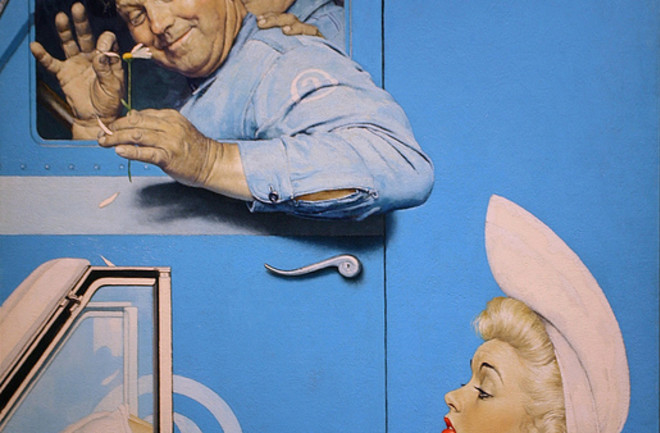 If you've ever been to a bar, you've probably witnessed this scenario: a man flirts with a woman, maybe even buys her a drink, but she is clearly not interested. So why is this guy wasting his time? Is he just fooling himself? Or maybe he's knows something we don't, and the woman's indifference is just an act. Well, according to this study, he might be right after all. These researchers surveyed men and women using Amazon's Mechanical Turk to test whether "women understate their sexual intentions and that men's assessments of women's intentions are generally accurate." In a series of surveys, they found that men don't seem to consciously overestimate women's sexual intentions; however, women believe that other women are understating their sexual intentions. The researchers suggest that this means that men might not be foolishly chasing uninterested women, but rather are compensating for women's downplaying, leading to what only looks like overconfidence in romantic encounters. As if dating weren't complicated enough!