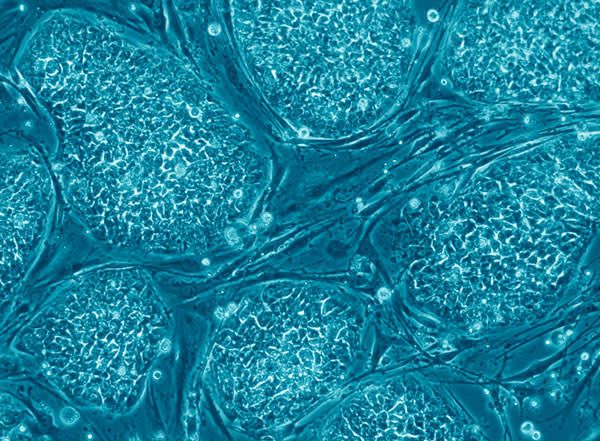 What's the News: Making stem cells without using embryos can be a difficult process, and scientists have had to cope with numerous failures. But a new discovery may help them home in on what's missing from their biochemical recipes. What's the Context:

The Future Holds: The discovery that the egg nucleus can keep the hybrid cells growing is in and of itself not such a shocker: The nucleus, of course, carries the genes that code for the proteins that make eggs viable. But knowing definitively that an egg nucleus can coax these hybrid cells into dividing will help scientists narrow the field of candidates. Hopefully they will be able to find several more proteins they can add when making iPSs the usual way, in addition to the four they already use. Reference: Noggle, S. et al. Human oocytes reprogram somatic cells to a pluripotent state.