Discover Interview: The Gene Doctor Will See You Soon

First he made a machine that can read DNA at lightning speed. Now Leroy Hood wants to reach into the genome to revolutionize medicine. 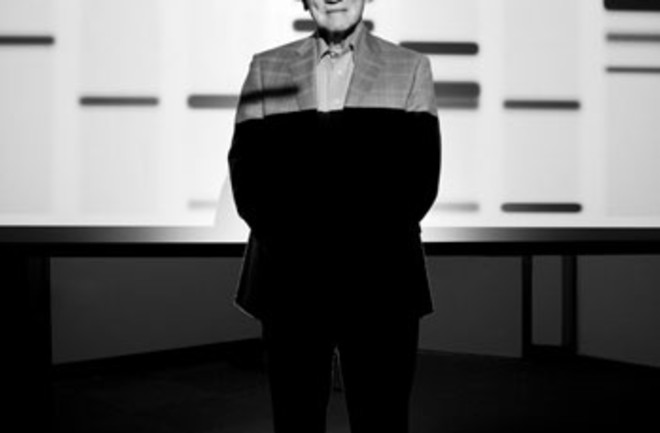 In 1985 Leroy Hood was one of the high-profile molecular biologists called to a power summit in Santa Cruz, California. The goal of the meeting was to determine whether an institute should be established there to sequence the entire human genome—a costly and complex undertaking. The idea had its skeptics, but Hood viewed the effort as crucial to creating information-based medicine and, ultimately, treating disease at the genetic level. His view prevailed, and the project famously completed its full map of the human genome in 2003.

With this vast wealth of information in hand, Hood is pushing a new approach to medicine that he calls P4—predictive, personalized, preventive, and participatory. “The foundation of P4 medicine is the idea that in the near future we will have the tools to reduce enormously complex data from 300 million Americans to simple hypotheses about health and disease for each individual,” he says. So far the payoff for treating genetic disease has been scant. But a flurry of recent breakthroughs has made Hood, now president of the Institute for Systems Biology in Seattle, hopeful that his elegant new techniques for mining the genome and studying its interplay with the environment will soon transform medicine.

You have said that medicine is at the edge of an “information revolution.” Can you explain?  In less than a decade, each of us will be surrounded by a virtual cloud of billions of points of medical data. Genome sequencing will cost only a few hundred dollars, so that will become a part of the medical record of each individual. A fraction of a drop of blood will be used to measure 2,500 blood proteins that assess the possibility of disease in each of your 50 major organs. Medicine will be personalized and preventive: Your genome might predict that you have an 80 percent chance of breast cancer by the time you are 50, but if you take a preventive drug starting when you are 40, the chance will drop to 2 percent. We will have the computational tools to connect all this information so we can gain enormous insights into health and disease and fashion an unbelievably predictive medicine of the future.

What prompted you to push for the Human Genome Project 25 years ago?

I realized we couldn’t understand complexity one gene or one protein at a time; we needed a parts list of every human gene and the protein it coded for. My group at Caltech [where Hood worked at the time] had developed the enabling technology to analyze the genome, an automated DNA sequencer that uses fluorescent dyes to color-code the four different bases—the As, Cs, Ts, and Gs—that make up a strand of DNA. It’s like having a pearl necklace with four different-colored beads on it. If you could snip them off one at a time and determine their colors, you could order the beads on the necklace. By ordering the beads, we determine the DNA sequence for a given gene.

How else have you helped advance the genomics revolution?

Two of our faculty members at the University of Washington [another of Hood’s previous homes] invented the first key methods for proteomics, the study of proteins found in a cell, an organ, or an individual organism. We developed a high-speed cell sorter to separate different types of cells. We also helped develop DNA arrays—­chips containing short sequences of DNA that match up with parts of genes. For any given cell or tissue sample, these arrays can probe for the genes essential for understanding the underlying state of wellness or disease.

In 2000 you left academia to found the not-for-profit Institute for Systems Biology. Why?

The Human Genome Project gave us a parts list of genes and their proteins, but we still needed to understand them in the context of the entire biological system. This includes the networks that connect the genes and proteins, organizing them into cells, tissues, organs, individuals, and populations. At each of these levels, the environment impinges on the signal coming from the DNA and changes it. The grand fallacy back then was that genomics could give us the answer to everything. It can give some insights, but unless you put them together with other levels of information, you can’t understand what’s going on. That integration is “systems biology.”

This year, your team and another at Baylor College of Medicine published landmark studies linking a specific gene with a specific disease by sequencing the genomes of an entire family in which that disease occurs. What did you do?

Past studies looked at large populations of unrelated individuals and came up with long lists of genes that could be categorized as behaving in unusual ways in a particular disease. But there were so many DNA sequencing errors imposed by the equipment, it was difficult to determine which gene caused the disease. A year ago we started thinking, why don’t we select a single family with an interesting disease and see whether studying a smaller group of related individuals makes it possible to identify the genes involved in that disease. In the family we chose, the mother and father were healthy, but the two children each had two single-gene diseases: ­ciliary dyskinesia, in which the defective gene was known, and Miller’s syndrome, a craniofacial defect for which the causative gene was unknown. Our analysis located the gene causing Miller’s syndrome. This is important because it shows that we can find the genetic cause of diseases—­even common diseases involving many mutations—if we sequence family genomes.

Why did looking at a single family yield information that you could not get from earlier studies of large groups?

With a single family, we can use the principles of Mendelian genetics to correct more than 70 percent of the DNA sequencing errors caused by the equipment and the chemistry. How? If you know the mother’s genome and the father’s genome and you see that the children have some genes that neither parent has, then you know that difference is either a mutation or a processing error. When we did this correction, we were finally able to study models of genetic disease. It’s that simple. We live and learn.

Will you now use family genome sequencing to study other, more common and complex diseases?

We’ve already picked another single-gene trait, Huntington’s disease. After that, we plan to study Alzheimer’s, which is really a whole series of diseases. Before we can find the genes involved, we have to stratify Alzheimer’s patients into distinct types. So far we’ve identified about 100 blood proteins specific to the brain. Each of those proteins represents the operation of the brain network that synthesized it. If a brain is normal, each of those proteins will have one level of expression. But if the brain is diseased, a subset of those proteins will have their concentration changed. Each form of Alzheimer’s disease should perturb different brain networks ­and so influence the concentration of different proteins that can be measured in the blood.

How will your P4 concept change the overall shape of health care?

The systems approach will take medicine from a focus on disease to a predictive, personalized, preventive, and participatory mode that focuses on wellness. That shift will reverse ever-escalating medical costs to the point where I think we can export P4 medicine to the undeveloped world and will make possible a democratization of health care that was absolutely inconceivable even five years ago.