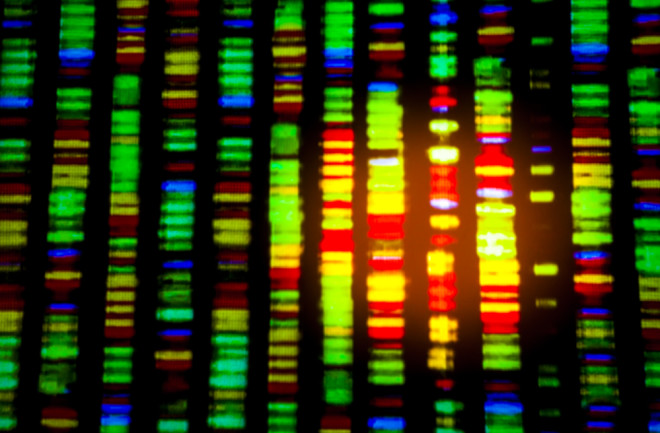 ( Gio.tto/Shutterstock) The turn of the 21st century was an exciting time in the history of genetics. The first sequencing of the human genome was completed in 2003 and it provided numerous insights to the scientific community and society in general. In 2000, during his final State of the Union Address, President Bill Clinton made a point of how all humans share 99.9 percent of our genome — it’s actually more like 99.7 percent. By honing in on the genetic variants, or mutations, that exist for certain genes in the human population, medical geneticists achieved a capability that would have looked like science fiction to physicians of the 1970s. Deciphering the genetics that underlay our existence has so far led to measurable success in gene therapy for certain conditions, but scientists are realizing that genes do not have the final say in what happens to a cell and its owner.

On and Off Switch

A gene is only as powerful as the regulatory mechanisms that turn it on, off, or keep it functioning at a certain level. If genes are like apps on a smartphone, then think of regulatory mechanisms as the software that decides which apps run in certain situations. The study of how biochemical phenomena affect gene function is called epigenetics, and it’s blazing hot in medical genetics research. It’s ironic, since geneticists have spent the past 25 years teaching the public about the importance of genes, including how just one genetic letter out of millions in your genome can make the difference between life and death, and that’s 100 percent true. Known as a single-point mutation, the phenomenon was understood first in connection with hemoglobin, so diseases involving this protein are often used as examples in introductory genetics courses. The gene sequence for a part of the hemoglobin protein molecule called the beta-chain, for instance, normally begins like this:

But some people carry a mutation in which the GAG at the end is substituted with GTG. When the gene is used to make hemoglobin beta chain, the GTG encoding causes the amino acid valine to be inserted as the sixth amino acid instead of glutamic acid. This causes sickle cell disease in any person who receives the mutated gene from both of their parents. On the other hand, if GAG is changed to AAG, a different abnormal hemoglobin is produced, and those who get it from both parents have a disease that’s more mild than sickle cell disease, called beta thalassemia.

A blood cell with the telltale sickle shape that's a signature of the disease.

their genomes, or at least to get tested for presence of certain mutations, such as BRCA1

or BRCA2, which are strongly associated with breast cancer. Insurance companies are taking disease genes seriously; insurers are banned from denying health coverage, but after testing positive for BRCA genes people as young as their 30s have been denied

life insurance. A growing number of people and organizations also are concerned about genetic privacy for those seeking employment. Will employers hesitate to hire people they worry might retire early because they test positive for a gene that could give them a short lifespan, or disable them before they reach retirement age? Might genetic discrimination

even lead to job terminations? Some documented cases suggest this already has happened, and laws are emerging to prevent it. Considering what parties other than your physicians might do with genetic data highlights the importance of remembering that there are numerous factors determining what happens with a genetic mutation once you have it, which is the realm of epigenetics.

On and Off Switches

Various phenomena factor into epigenetics, including a lot of chemistry. For instance, the amount of methylation on nucleotide bases (the letters in the genetic alphabet) is an important mechanism for turning genes on or off. But we also can observe whether or not, how often, or for how long, traits associated with a gene are expressed. Being homozygous (having two genes) for beta thalassemia or sickle cell anemia means that a person is programed to start showing the disease soon after birth, but that doesn’t always happen. With both diseases, some people become terribly ill during infancy or early childhood, but some can go into late childhood, and even into adulthood without symptoms. How is this possible? The reason has to do with another hemoglobin chain called the gamma chain. For most of the fetal period, the hemoglobin consists two gamma chains along with the two alpha chains. The problem for those with beta chain mutations comes after birth, as beta chain production kicks in to replace gamma chain production. What’s controlling this replacement? It’s epigenetics. The gamma chain gene gets turned off and the beta chain gene gets turned on in response to changes associated with birth. Usually, by about age six months, this leads to complete replacement of fetal hemoglobin with adult hemoglobin, but often in beta thalassemia that replacement is delayed until 3 to 5 years of age. It also can happen with sickle cell disease. There are cases in which fetal hemoglobin production continues into adulthood. A drug called hydroxyurea

stimulates fetal hemoglobin production, and it’s used as treatment for beta chain conditions. The exact mechanism is not fully clear, but the drug essentially switches on the gamma chain gene. It’s an epigenetic drug. It didn’t come into use because of researchers thinking in epigenetic terms, but there are now a plethora of other drugs developed for a range of diseases targeting epigenetic phenomena from the onset of the research. This is one major direction where medicine is headed. It’s a good reason to remain hopeful even when faced with the knowledge that one carries a potentially dangerous gene. Your genes are profoundly important in determining your future, but the workings of the cell are complex and those sequences are not all that’s in play.