The strange case of Dr. Charcot and the science of hysteria. 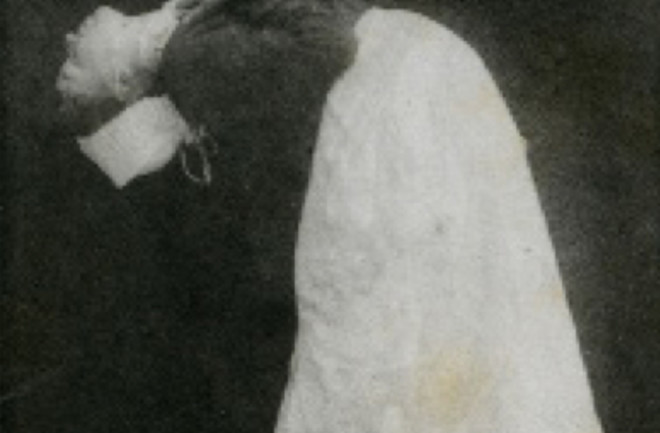 Near the end of the 19th century, public lectures by neurologist Jean-Martin Charcot drew crowds of the curious to Salpêtrière Hospital in Paris. When the subject was hysteria, the lecture became a performance. Charcot would hypnotize or cajole his female patients into reenacting the eerie symptoms of their disease: fainting, hallucinating, paralysis, contorting. In this photograph, taken by one of his colleagues, a woman is bent into a rigid posture during a cataleptic fit.

The French doctor is often described as the founder of modern neurology for his pioneering descriptions of nervous system disorders like multiple sclerosis. But he was never able to identify the neural origins of hysteria, despite careful autopsies of his afflicted patients.

Modern neurologists have made more progress. Although it sounds archaic, hysteria is alive and well today; it is now called conversion disorder. People under severe stress may sometimes develop physical symptoms that seem entirely physiological. Despite having a perfectly healthy body, a patient will believe that a limb is paralyzed or a joint is numb. The phenomenon is related to hypnosis, in which a person is convinced that he or she has lost bodily control or is paralyzed.

Techniques like functional magnetic resonance imaging (fMRI) are revealing the neural mechanisms of hysteria that eluded Charcot. A recent study by a team in Germany found that during hypnosis, a brain area called the precuneus that is involved in the sense of self becomes tightly linked to another area associated with cognitive direction. This temporary bond may cause a subject to think it is impossible to move. Hysteria is not simply in a sufferer’s head after all; it is in the brain, just as Charcot suspected.