Dating Your Food Before You Marry It 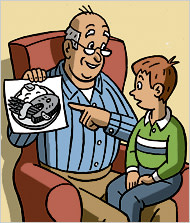 The New York Times (via Marginal Revolution) reports on what I hope does become a trend: the diminution of the role of the entree in American restaurant cuisine. That is, what Americans call an entree, which is really the main course. The French, who apparently invented the concept of the main course (plat principal) (and who would think that something like that needed to be "invented"?), use the word "entree" to mean what you might guess, namely a starter. But Americans like to be different. Anyway, apparently the concept of the main course dominated by a single large item is, in advanced food circles, losing ground to the increasing popularity of smaller plates. From the consumer's point of view, it just makes perfect sense -- isn't it more fun to design your own dinner from a variety of options, than to have the kitchen make all those choices for you? And isn't it more interesting to sample several different options, than to focus on a single oversized dish? Takami, my favorite new local restaurant, features not only small plates, but dishes from three different kitchens with different specialties (sushi, robata, and everything else). If you savor the meal as a multi-level sensory experience rather than a obligatory intake of calories, it's definitely the way to go. Small plates mean extra work for the restaurant, of course -- customization on the consumer side works against standardization and economy of scale on the producer side. So I doubt that the trend will soon be penetrating to the Bennigans and Applebees of the world. I suspect the true food snobs wouldn't have it any other way.