Damaged Mitochondria May Be to Blame for Gulf War Syndrome 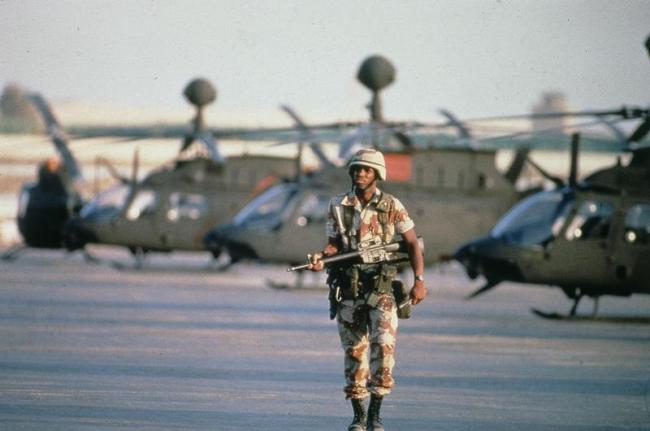 Doctors have struggled for decades to find a cause for a host of debilitating health problems experienced by veterans of the 1990-91 Persian Gulf War. As many as a third of servicemen and women deployed overseas during the conflict have complained of symptoms such as chronic headaches and crippling fatigue.

Much of the most promising recent research, such as a 2013 study

on pain processing, has focused on the brain, identifying significant differences between Gulf War syndrome (GWS) sufferers and the general population. For the first time, however, researchers have now shown that individuals with GWS have impaired cellular components called mitochondria throughout their bodies. Mitochondria on the Mind Mitochondria, present in nearly all of our cells, convert energy into useable forms and are involved in both cell division and cell death. Previous research has established that mitochondrial impairment can lead to brain, heart and endocrinal damage, among other serious problems. Mitochondrial damage has been suggested as a potential cause of GWS but never previously proven in individuals diagnosed with the syndrome. Only 14 participants took part in the study: seven veterans diagnosed with Gulf War Syndrome and a control group of seven healthy civilians. Acknowledging the small sample size, the researchers say the results were still significant because GWS and control individuals were matched 1:1 for age, sex and ethnicity. Delayed Recovery Scientists used an imaging technique to find a chemical called phosphocreatine (PCr). PCr, which is regulated by mitochondria, is depleted by exercise. When a cell's mitochondria are impaired, it takes longer for PCr levels to return to normal. Measuring PCr levels has been an accepted way of diagnosing a range of mitochondrial diseases. Researchers measured PCr levels before, during and after study participants exercised by depressing a foot pedal for five minutes. PCr recovery time for the GWS group was significantly longer than for the control group, with little overlap between groups. In fact, noted researchers, only one outlier member of the control group had a PCr recovery time in the same range as that of the GWS group. While 6 of the 7 control group members had PCr recovery rates of 31 seconds or less, members of the GWS group had PCr recovery rates of 35-70 seconds. Establishing a link between impaired mitochondrial function and GWS is significant because mitochondrial disease is often difficult to diagnose — an individual's blood test could appear normal, for example — and because it could cause a broad range of symptoms like GWS is known to do. In addition, many veterans diagnosed with GWS were exposed to chemicals, such as pesticides and nerve gas, that are known to damage mitochondria. The findings

, which appeared today in the open-access online journal PLoS One, could lead both to more accurate diagnosis of GWS and possible therapies.