Cutest MRI ever shows that most dogs prefer praise over food. 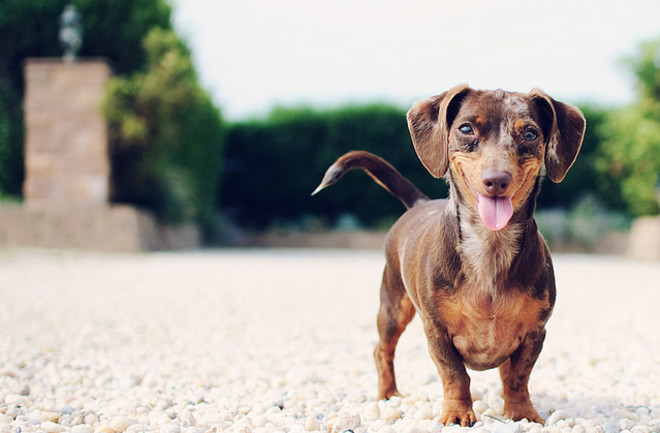 We previously reported that dogs prefer petting to vocal praise. Well, according to this study-- which involved putting dogs in an fMRI machine--it turns out that most dogs prefer praise to food, and will even choose their owner over food when given the choice. Talk about man's best friend! (PS: For a cute dose of doggie fMRI, check out the figure below.)

Awake Canine fMRI Predicts Dogs' Preference for Praise Versus Food "Dogs are hypersocial with humans, and their integration into human social ecology makes dogs a unique model for studying cross-species social bonding. However, the proximal neural mechanisms driving dog-human social interaction are unknown. We used fMRI in 15 awake dogs to probe the neural basis for their preferences for social interaction and food reward. In a first experiment, we used the ventral caudate as a measure of intrinsic reward value and compared activation to conditioned stimuli that predicted food, praise, or nothing. Relative to the control stimulus, the caudate was significantly more active to the reward-predicting stimuli and showed roughly equal or greater activation to praise versus food in 13 of 15 dogs. To confirm that these differences were driven by the intrinsic value of social praise, we performed a second imaging experiment in which the praise was withheld on a subset of trials. The difference in caudate activation to the receipt of praise, relative to its withholding, was strongly correlated with the differential activation to the conditioned stimuli in the first experiment. In a third experiment, we performed an out-of-scanner choice task in which the dog repeatedly selected food or owner in a Y-maze. The relative caudate activation to food- and praise-predicting stimuli in Experiment 1 was a strong predictor of each dog's sequence of choices in the Y-maze. Analogous to similar neuroimaging studies of individual differences in human social reward, our findings demonstrate a neural mechanism for preference in domestic dogs that is stable within, but variable between, individuals. Moreover, the individual differences in the caudate responses indicate the potentially higher value of social than food reward for some dogs and may help to explain the apparent efficacy of social interaction in dog training." Bonus figure from the main text:

Related content: Dogs recognize the emotions of other dogs as well as humans.Shut up and pet me! Dogs prefer petting to vocal praise.Yes, dogs really can feel jealous.