Could Stem Cells Patch Up a Broken Heart? 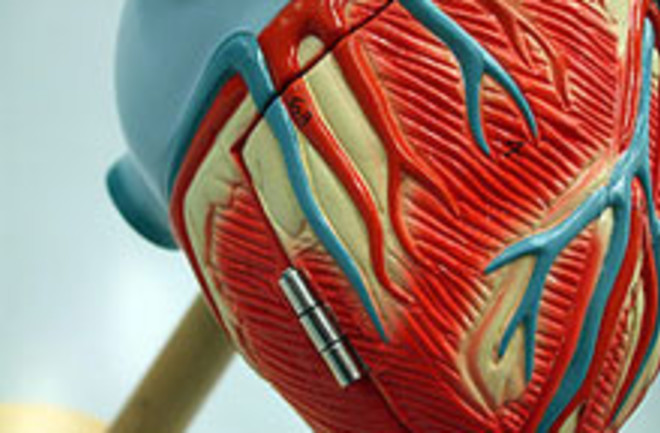 Scientists have identified the "master" stem cell that gives rise to the three types of heart cells, possibly opening the door for new methods of pharmaceutical research and heart therapies, such as growing a patch to repair cardiac tissue damaged by heart disease, according to a study published in Nature.

The research illuminates a crucial facet of how heart tissue develops and shows why past studies to repair heart tissue with stem cells had poor results: the cells used were not the heart tissue progenitors that lead author Kenneth Chien and his team identified. The researchers

then purified the cells, cloned them and tracked their journey from single stem cell to the three major lineages of heart cells -- smooth muscle, cardiomyocyte [or striated] muscle and endothelial cells [U.S. News and World Report], which line the inside of the heart. For years, scientists have studied the development of the heart in animals like the zebra fish, but this finding will allow researchers to closely examine the genesis of human cardiac tissue in unprecedented detail.

"Congenital heart disease may be a stem cell disease," Chien said [Reuters]. The researchers caution, however, that the cells the team discovered most likely cannot be used to produce an entire human heart because the organ is so complex. And although stem cell-based heart treatments have been used to repair heart tissue damaged during a heart attack, the cells used weren't these master cardiac cells, and it remains to be seen if such a method is feasible.

Using these recently discovered cells within the human body will require extensive research, so

the greatest near-term promise of the work might be in routine drug development. It could now be possible, for example, to create large numbers of heart muscle cells to test drugs.... Drug companies are especially interested in such applications. Using the actual human cells affected by a disease, instead of mice, dogs, or other stand-ins, could potentially speed up drug development by giving companies a more accurate template for screening potential drugs [Boston Globe]. Until now, animal cells have proven crucial to pharmaceutical research. But testing such drugs on actual human cardiac tissue could allow researchers to investigate treatments' effects on the cells that are actually the building blocks of the human heart.