Could Small Amounts of Radiation Be Good For You? It's Complicated. 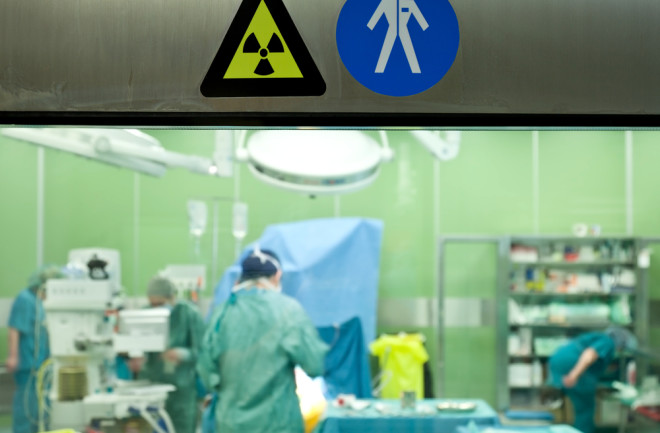 Exposure to high levels of ionizing radiation is extremely bad for human health. Witness the effects of acute radiation sickness suffered by early scientists studying radioactive elements, or by survivors of atomic bomb blasts. Witness the complex procedures through which doctors must shield cancer patients from radiation therapy, and the long-term complications of adult survivors of cancer who were treated with earlier technology. In light of all this, it’s clear that high doses of ionizing radiation are dangerous.

But the science is less clear when it comes to low dose radiation (LDR). Medical science, the nuclear industry, and government regulatory agencies generally take a play-it-safe approach when considering LDR. In recent years, however, an increasing number of researchers (though still firmly in the minority) have questioned the assumption that all radiation is bad – and have begun studying whether low doses might in fact aid in genetic repair, prevent tissue damage, and other benefits.

The health effects of low-level radiation are based on a mathematical assessment called the linear no-threshold model. The model essentially uses math to extrapolate the effects of low doses from observed effects at high doses.

Using data from populations exposed to moderate to high levels of ionizing radiation – particularly those in Hiroshima and Nagasaki, Japan, at the end of Word War II – scientists have plotted a graph of radiation dose versus various diseases.

As expected, the trend shows that cancer risk increases in proportion to radiation dose. In the linear no-threshold model, the line then is extrapolated backwards to generate theoretical risks for those exposed to much lower doses of radiation.

This assumption has been in place for decades, for various reasons. Toxicologists have focused principally on high-dose effects, writes Edward Calabrese, because those were the most clearly harmful. Studying the subtle effects of low-dose radiation would have required much larger and more rigorous studies that were less obviously needed to protect public health.

However, evidence that’s been trickling in since the nuclear age suggests that LDR could actually benefit human health. In other words, not only is there a threshold for radiation exposure – a limit below which radiation should not be harmful– but at certain low levels ionizing radiation may do more good for your cells than harm. The idea that a low dose of a bad thing can have good effects is called hormesis.

Other so-called hormetic effects in humans are well documented. At low levels, and in certain circumstances, physical stressors such as exercise, cold, toxins, and fastingall bring health benefits. These appear to work by slightly over-activating the body’s repair machinery, relative to a small stress, with net positive results.

Research on radiation hormesis, specifically, has a long history. A review of studies published before 1940 found evidence of radiation hormesis across a striking number of species of plants, fungi, protozoans, algae and insects. In people, during the first half of the 20th century LDR was used to treat pneumonia and certain other medical conditions. The practice ceased as both the public and medical professionals grew more cautious about potential long-term effects of radiation, especially cancer.

But since the turn of the current century, researchers have been reexamining radiation hormesis, applying LDR treatment in various disease settings in laboratory animals.

Various studies in mice have found that exposure to low-dose radiation protects against the effects of subsequent exposure to mid-lethal doses of X-rays, minimizing DNA damage and mortality.

A similar effect has been observed when the radiation is received in utero. Exposure of pregnant mice to “Chernobyl radiation” (doses and types of radiation encountered by the bulk of humans living near the site of the 1986 nuclear accident), did not harm the newborn mice. And the researchers found that later doses of radiation did less harm to the mice’s DNA health and levels of white blood cells than were seen in untreated mice.

Within the last few years, LDR has shown promise in combating the complications of diabetes. Studies have found that diabetic rats show faster wound healing when dosed with low levels of radiation. And other rodent experiments have found that radiation at very low doses can prevent kidney damage, one of the most common long-term complications of diabetes.

Studies like these suggest that the linear no-threshold model may be wrong – that there may exist doses, above the normal background radiation and below the threshold for harmful effects, that can actually provide health benefits.

Normally, we receive a small amount of background radiation from space and from Earth itself. Normal cell repair mechanisms have evolved to compensate for this. Cell enzyme systems repair damaged membranes and mutated DNA.

LDR entails a level of exposure slightly above the normal background. Researchers theorize that LDR might accomplish its benefits by amping up cells’ inbuilt mechanisms for self-repair. The result, it appears, is defenses that outstrip the threat, leaving organisms more protected against various diseases than if they’d had no radiation treatment.

The topic of radiation hormesis is especially relevant given the ongoing debate among medical professionals about whether low- to mid-level X-radiation from CT scans is harmful to patients. But it remains controversial.

What’s more, it’s a complicated topic. The optimal dose of radiation for any person probably depends on a plethora of factors including genetics, age, and even a person’s lifestyle. And even for the same person, the optimal dose of LDR might differ for one health condition versus another.

That makes radiation a complicated medical topic, and may explain why you don’t often hear its possible upsides more widely discussed. However, in the scientific literature, studies related to radiation hormesis have steadily increased in number over the last three decades.

Some researchers have begun trying to examine low-level radiation effects in human populations. One recent study, for instance, found that lung cancer incidence is significantly lower in U.S. states where nuclear testing occurred or where uranium was mined.

The larger medical community, however, remains unconvinced. A 2006 review by the National Academy of Sciences considered a wide range of studies but concluded that evidence for radiation hormesis in humans was too thin to prove its existence. It pointed out that, although benefits of LDR were indeed reported in some studies, the downsides weren’t fully accounted for – things like gene mutations, cell death, or cancer many years later.

For instance, in experiments on low-dose radiation given to dogs over the course of their lifetimes, though the dogs showed increased DNA repair and cell proliferation, they also had higher rates of leukemia. “It is unclear whether such competing events would result in a net gain, net loss, or no change in health status,” the authors write.

There is a long way to go to in research on low levels of radiation before understanding its risks and benefits. The next steps probably involve more studies on how mammals, such as dogs, pigs, or possibly non-human primates, respond to varying amounts of LDR during fetal life and at different ages, and then testing their ability to resist the onset of diseases compared with animals that did not receive LDR.

Answers, when they do come, could reveal some important things about the development of diseases such as cancer, and how our bodies’ repair mechanisms fight them off.