Could Diet Sodas Be Making Us Fatter? 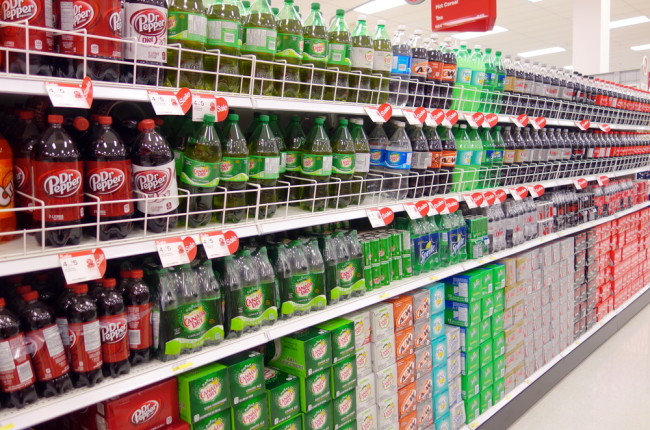 The artificial sweeteners in “diet” beverages, thought to help people trim their waistlines, may be having the opposite effect. A new study reveals that three of the leading artificial sweeteners produce an increase ­in blood-sugar levels in both mice and humans, by disrupting the balance of helpful gut bacteria. High blood-sugar levels, in turn, are the telltale sign of glucose intolerance, a condition which can evolve into diabetes and metabolic disease.

From Mice to Men

The evidence in mice was compelling enough for researchers to test their hypothesis in humans. Researchers compared the gut bacteria of 172 individuals and found that the microbial communities in the guts of people who regularly consumed artificial sweeteners were significantly different from people who did not. And, compellingly, sweetener-consumers had populations of microbes associated with glucose intolerance similar to those seen in the mice. As a final test, researchers asked seven people who didn’t consume artificial sweeteners to introduce them to their diet. For a week, participants ate the maximum federally approved intake of saccharin each day. Within the test period, four of the seven participants developed some glucose intolerance. Researchers published their findings Wednesday in the journal Nature.

Is My Diet Doomed?

To be clear, researchers aren’t certain how artificial sweeteners and gut microbes interact to produce glucose intolerance. Furthermore, not everyone in the small human trial experienced the same reaction. Many things influence our metabolism, and some people may be more sensitive than others to artificial sweeteners, as Forbes reports. In the world of dieting, sometimes if feels like you’re damned if you do, and damned if you don’t.