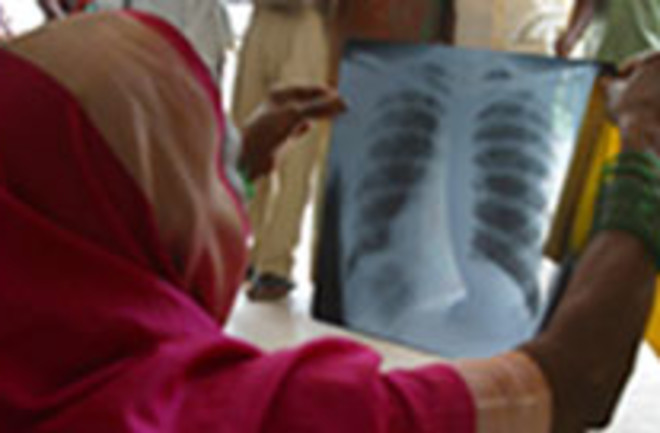 A new study has found that countries in Eastern Europe and the former Soviet Union that accepted International Monetary Fund loans in the 1990s had an immediate increase in tuberculosis cases, and more people died from the disease. The study's authors argue that the strict conditions of the loans, which often call for "austerity measures," may have caused governments to slash health services, thus bringing about the surge in TB cases.

The fund strongly disputes the finding, saying the former communist countries would be much worse off without the loans. “Tuberculosis is a disease that takes time to develop,” said William Murray, a spokesman for the fund, “so presumably the increase in mortality rates must be linked to something that happened earlier than I.M.F. funding. This is just phony science” [The New York Times].

The IMF is in the business of making loans to troubled countries, and it found many borrowers in Eastern Europe after the fall of the Soviet Union.

In recent years, it has offered assistance to 21 countries in the region, in the form of loans offered in exchange for the meeting of strict economic targets [BBC News].

Researchers analyzed the rates of tuberculosis infection and mortality in those 21 countries, and found that both rates rose after the countries received their loans, while rates were falling elsewhere in the world. Researchers say their findings, published in the journal PLoS Medicine, show a cause-and-effect correlation.

For every 1 percent increase in credit, the TB mortality rate climbed by 0.9 percent. The longer IMF loans lasted, the greater the rate of tuberculosis deaths: Every extra year of money was associated with about a 4 percent increase in deaths [Slate].

The researchers say they also considered the possibility that countries with higher TB rates had more economic problems and therefore got bigger loans from the IMF, but soon discounted that theory.