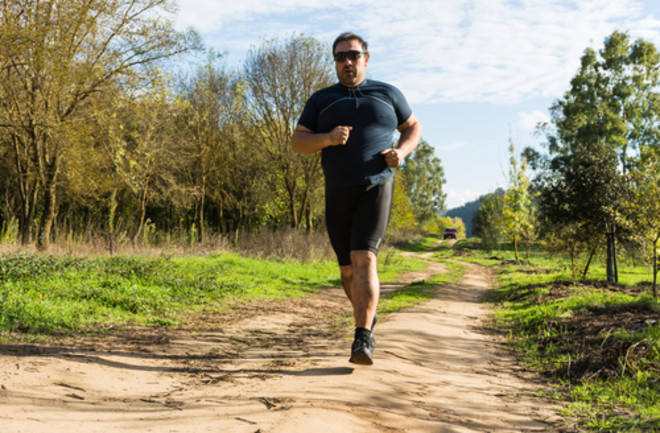 For the 90 million or so American adults who are obese, shedding the pounds might seem like an impossible feat. That’s why researchers turned their attention to those who were successful. Study participants who had lost 30 or more pounds — and kept it off for at least a year — revealed the key to maintaining weight loss is the consistency of their moderate- to vigorous-intensity workouts. Researchers compared individuals who usually exercised at the same time of day with those who had more sporadic workout habits.

Researchers asked the consistent exercisers to rate the following statements, and then looked for patterns to see which were the most strongly associated with how many days they worked out each week. Here’s how they ranked, with No. 1 corresponding to working out the most:

Each time I exercise ...

2. I am in the same part of my daily routine.

4. I am doing the same type of exercise.

No effect: I am around the same people.

How automatic the exercise was — whether exercisers were heading to the gym or otherwise working out without really thinking about it — turned out to be most associated with which participants were consistent exercisers. But, as always, correlation doesn’t prove causation — consistency of exercise could also be causing that automatic approach. Either way, it seems that turning exercise into a routine is key to weight loss.

[This story originally appeared in print as "What's Their Secret?"]