Confirmed: Lack of Sleep Increases Your Odds of Catching a Cold 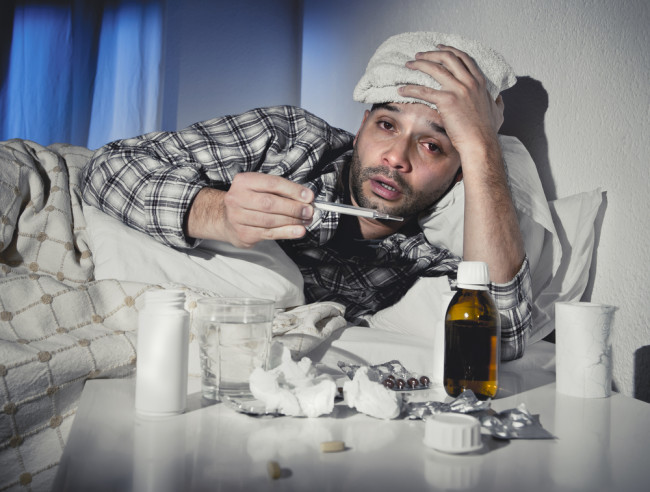 The road to good health is paved with plenty of sleep. Parents and doctors have repeated this bit of wisdom for years; however, the link between your sleeping patterns and the onset of sickness was a parable based on correlation – not causation, the ultimate aim of scientific inquiry. But scientists have proven that, as always, your mother was correct: It turns out that people who skimp on sleep are four times more likely to catch a cold than the well rested.

A team of scientists led by Aric Prather, a sleep researcher at University of California San Francisco, set out to explore the link between sleep and sickness by recruiting 164 healthy volunteers between the ages and 18 and 55. For the first part of the study, participants self-reported their sleep patterns for one week. Scientists also used wristwatch-like device to track their motions to further verify their sleep habits. Then the fun began. For the second part of the experiment, scientists gave 124 of the participants a nose drops containing rhinovirus — you know, the one that causes the common cold. Forty other people received a placebo treatment as a control. Then, each person was quarantined in a hotel room for five days to see if the rhinovirus did its work.

As the days passed, scientists used a couple methods to determine who was and wasn’t sick. They measured snot production daily by literally weighing tissues discarded by sniffling participants. If someone expelled 10 grams or more of mucus in a day, it was considered a sign of sickness. Scientists also dripped dye into the noses of participants to measure congestion. If it took more than 35 minutes for the dye to appear in the back of their throats, it was also marked as a sign of sickness. To ultimately qualify as a “sick” person, scientists also needed to observe an activated immune response. This was measured by taking samples from mucus and blood to see if rhinovirus antibodies were present. After five days the results were in: Of the 124 participants that were infected with the virus, 48 actually got sick. The data indicated that people who slept fewer than five hours each night were 4.5 times more likely to catch a cold than people who logged more than 6 hours of shuteye nightly. Scientists published their results in the journal Sleep.

The benefits of sleep can’t be overstated. Studies have shown that sleep plays a pivotal role in immune function, memory, learning and metabolism to name a few. Unfortunately, Americans aren’t getting enough of it — roughly 37 percent get less than seven hours a night. Scientists are learning that poor sleep habits are causing a litany of health issues, and lack of sleep is now considered a national public health epidemic. So instead of counting the hours of overtime you’ve racked up, or notching another all-nighter in your belt, it’s perhaps time to start counting sheep.