Cockroaches Have Super Antibiotics in Their Brains; We Must Steal Them 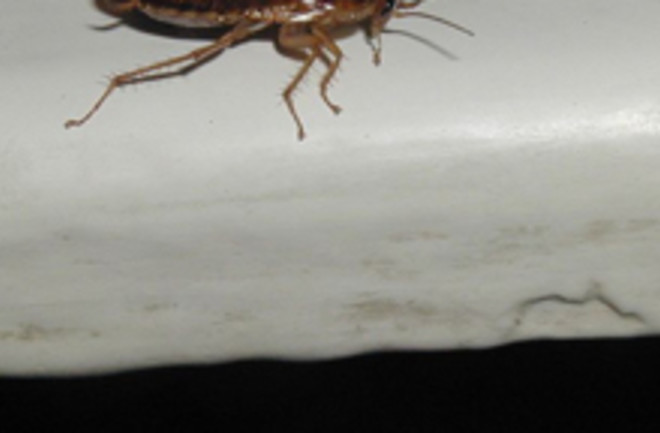 Cockroaches take advantage of our messy hospitality, skulking around in the cracks and holes of our houses and devouring the scraps we leave behind. Soon, though, maybe we'll be the ones taking advantage of their fondness for filth.

The brains of these insects carry some serious antibiotics—strong enough to slaughter bacteria that have evolved resistance to the hospital antibiotics we use. The researchers presented their work at the Society for General Microbiology meeting this week in England, and say that while the finding is terrific, it's no surprise given the roaches' living circumstances:

“Some of these insects live in the filthiest places ever known to man,” says Naveed Khan, coauthor of the new study. “These insects crawl on dead tissue, in sewage, in drainage areas. We thought, 'How do they cope with all the bacteria and parasites?’” [Science News]

The scientist extracted cockroach brains, as well as neural tissue from locusts, and found them saturated with at least nine molecules that acted as antibiotics. In lab tests, the cockroach antibiotics laid waste to resistant strains of Staphylococcus aureus (MRSA) and Escherichia coli (E. coli). In separate tests, they didn't appear to bother human cells, either.

"We hope that these molecules could eventually be developed into treatments for E. coli and MRSA infections that are increasingly resistant to current drugs," said study team member Simon Lee. [MSNBC]

Eventually is the key word—the team is still working just to identify all the molecules at play here. And they don't know all the mechanics of how these insects muster their defenses: whether the molecules work together in concert, for instance.

For more about cockroach brains, check out our zombie animals photo gallery to see the wasp that injects venom into roach brains and turns them into zombies. Or, if you'd rather not think about disgusting insects any more before the weekend, we understand.