Cochlear Implant Plus Gene Therapy Could Restore Hearing to the Deaf 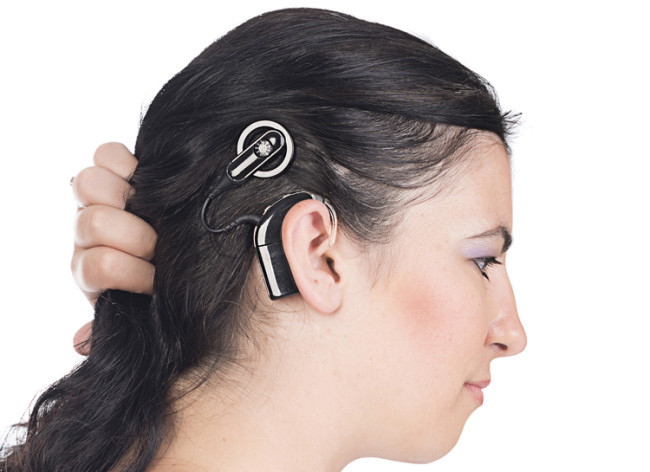 Cochlear implants have restored hearing to many deaf people, but they haven't advanced much since they were unveiled in the 1970s. That may be set to change with an exciting new advance, not in the technology of the device itself, but rather in using gene therapy to increase the device's effectiveness. Today researchers announced that they've been able to restore tonal hearing in guinea pigs with the new method of gene delivery.

Cochlear Implants, Then and Now

Cochlear implants, or "bionic ears," work by stimulating the auditory nerve to restore a rudimentary kind of hearing. This works pretty well, but the gap between the electrodes and the degenerating nerve is pretty big, which makes communication difficult. And even the state-of-the-art implants only have 22 electrodes, enabling them to hear 22 different tones. They can't, for example, distinguish between the soft buzz of a clarinet and the shrill sound of a flute. Teams of researchers have tried to improve upon the implants over the last decade by trying to focus the electrical currents more narrowly, to stimulate a smaller, more pitch-specific area of the nerve, or to use drugs that improve the communication between the electrodes and the neurons. But this new method, reported

today in Science Translational Medicine, has a distinct advantage: it actually encouraged the regrowth of the auditory nerve. This decreased the gap between the nerve and the cochlear implant, and improved communication between the two. 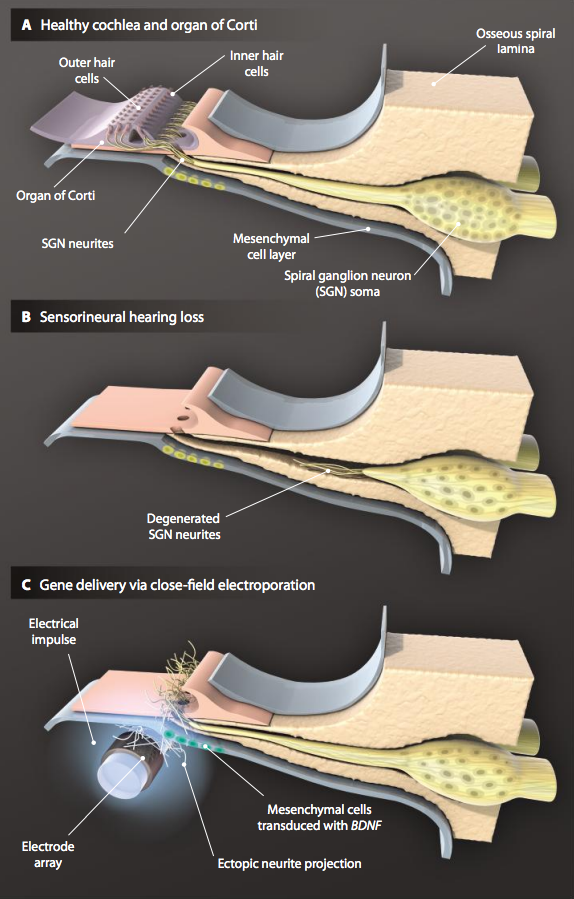 The team implanted "bionic ears" in deaf guinea pigs, whose auditory systems are very similar to humans'. With the device, then, they delivered DNA that coded for a protein called brain-derived neruotrophic factor (BDNF), which encourages nerves to grow. The DNA was taken up by cells in the cochlea and, after two weeks, the nerves had grown significantly toward the electrodes. When the guinea pigs' hearing was tested they found that animals that were once completely deaf had their hearing restored to almost normal levels. It's unclear, however, whether the treatment will work long-term: neuron production in the guinea pigs dropped off six weeks after the gene therapy. Researchers are also unsure whether tones heard after this treatment accurately reflect how they sound with normal hearing. The technique is very close to being ready for human trials, where some of these questions should be answered. If it proves successful in clinical trials, the technique of combining gene therapy with device could also be used for other implants like retinal prosthesis and deep brain stimulation.