Climate affects which types of languages evolved where. 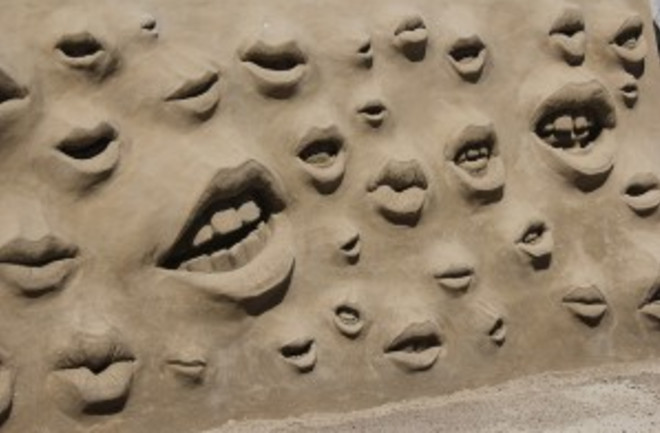 Photo: flickr/https://www.flickr.com/photos/tim_uk/9545721901Have you ever wondered why there are so many languages in the world, and why certain kinds of languages are found only in certain regions? According to this study, the answer to both of these questions might have something to do with the climate. Specifically, these scientists found that complex tonal languages, like those found in east Asia and central Africa, are more likely to exist in places with high humidity. Apparently, the humidity in the air affects which sounds we're able to make with our vocal cords, and the sounds in tonal languages require higher humidity levels than those in other languages. Which of course leads me to wonder: what happens when Vietnamese is spoken in the middle of the Sahara? Climate, vocal folds, and tonal languages: Connecting the physiological and geographic dots "The sound systems of human languages are not generally thought to be ecologically adaptive. We offer the most extensive evidence to date that such systems are in fact adaptive and can be influenced, at least in some respects, by climatic factors.Based on a survey of laryngology data demonstrating the deleterious effects of aridity on vocal cord movement, we predict that complex tone patterns should be relatively unlikely to evolve in arid climates. This prediction is supported by careful statistical sampling of climatic and phonological data pertaining to over half of the world’s languages. We conclude that human sound systems, like those of some other species, are influenced by environmental variables." Bonus figure from the main text:

Figure 1: Distribution of languages with complex tone (red dots) and without complex tone (blue dots) in the ANU database. Darker shading on map corresponds to lower MH (mean specific humidity). Related content: What’s the real difference between what men and women post on Facebook?Want to learn Chinese? Read this first!NCBI ROFL: The evolution of humor from male aggression.