Thousands contributed to citizen science projects on SciStarter last year. But some people logged hundreds of thousands of contributions by themselves. 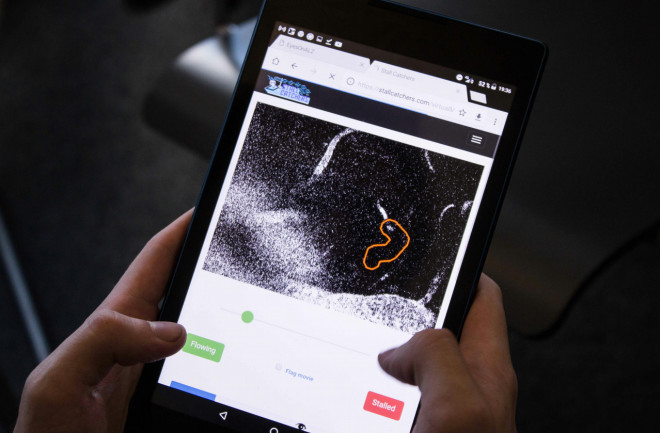 Citizen science projects are only as good as the people that contribute to them. For some projects, diversity is key — researchers need as many different people as possible to contribute. But for others, quantity is the name of the game, and just a handful of people can make a huge difference. These top contributors, by volunteering hours of their time, are a huge help to researchers.

Capraro, a retired chemical engineer, clocked in at 346,986 contributions last year. Prinz, a self-described “retired grandma” in Roanoke, Virginia ranked next, with 207,034 contributions. That’s especially astounding, considering that across all of SciStarter’s projects, only four citizen scientists made over 100,000 contributions last year; 31,000 gets you into the top ten.

Prinz has been playing Stall Catchers since May of 2017. She remembers the moment she first heard about the game, which was also her first foray into citizen science: Her husband saw something about it in a documentary on TV. “I come into the den and he says, ‘boy have I got a game for you!’” she recalls. “I was hooked, like a fish on a line!” Five years later, she says, she has “no plans on stopping.”

“I spent my life raising kids and grandkids (and critters, too),” Prinz says. “I like to think of myself as a busy bee and a worker bee, always trying to help out wherever and however I can.”

Carol Prinz was in SciStarter's top 3 for contributions in 2021, thanks to her efforts for Stall Catchers. (Image courtesy Carol Prinz)

That’s why, Prinz says, she likes Stall Catchers so much. “Even though I don't have a science background or know anyone that has [Alzheimer’s], I can still make a difference in the research for medicine or a cure for this horrible disease,” she says. She knows “that while I putter away at catching stalls, I am freeing up a researcher to do the harder work that I can't help with.”

“I hope [researchers] will keep making projects that pique my interest as much as Stall Catchers has,” Prinz says.

Although Capraro out-contributed Prinz last year, the two have a friendly competition going on the Stall Catchers leaderboards.

“[Carol’s] getting really good. I’m having trouble keeping up with her sometimes. Did she mention that?” Capraro says. “It’s fun to play leapfrog.”

The two haven’t met outside Stall Catchers, but have been friends for years after connecting on the in-game forums and chat.

Capraro’s involvement in citizen science outdates even Stall Catchers. He got his start over 15 years ago with NASA’s Stardust@Home project, where volunteers search images of samples collected by the 2006 Stardust spacecraft from the comet Wild 2, looking for evidence of interstellar dust. Pietro Michelucci, project lead for Stall Catchers, was one of the early “star dusters” too, says Capraro. As Capraro tells it, when Michelucci was starting his own research project, imaging capillaries in mice brains for Alzheimer’s research, it was clear they needed something similar to the Stardust@Home platform. The teams collaborated, and Stall Catchers was born.

“The main reason I got involved [in Stall Catchers] was because of the work they were trying to do,” says Capraro. “Although my family hasn’t been directly impacted by Alzheimer’s, I know a lot of people who have. It seemed like a very worthy project.”

Capraro remains involved with both Stardust@Home and Stall Catchers, and dabbles in other projects as well. Citizen science projects, he says, are a great activity for anyone to get involved with and contribute to.

“I want to make sure people recognize how much benefit a lot of the citizen scientists themselves can derive from participation,” says Capraro. “It's a great opportunity for folks who may not have a science background, they may not even be mobile, they might be wheelchair bound. But they can get involved in these projects without too much difficulty and make a real contribution.”

“Just do your best,” says Prinz. “You are helping, even if it seems like a small way, it's a big help to the ones in charge of the project.”