Chernobyl & Indonesia: The Newest Members of the "Grief Tourism" Club 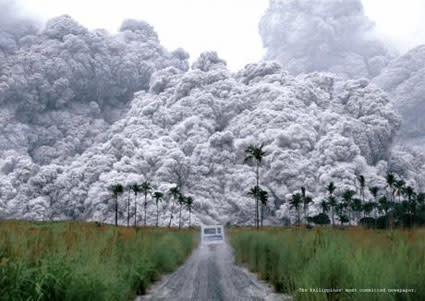 Do you enjoy looking at burnt villages and/or deserted cities? How about being exposed to radiation? If that's your thing, you are in luck with new "grief tourism" vacation packages being offered in Indonesia (site of a horrifying volcano) and the Ukraine (home to Chernobyl). As Scientific American explains:

"Grief tourism," however ghoulish it might seem, is far from uncommon. Similar trends were seen in Haiti, devastated by a powerful earthquake in January, as well as in New Orleans after Hurricane Katrina.

The trend isn't exactly a new one; tourists have been swarming historical disaster sites, like the crumbling Pompei ruins

, for decades. Now, tourism groups are encouraging visitors to travel into more recent disaster zones, like the Indonesian city of Yogyakarta, where the Mount Merapi volcanic eruptions this fall

killed more than 350 people and sent nearly 400,000 to refugee camps. The eruptions left a wake of destroyed vegetation and villages, and landscapes covered in volcanic ash and stone. Now tourists can visit the area with a guide as a part of the newly offered "volcano tour" package, local travel agent Edwin Hinma explains to Scientific American

"In the new volcano tour package, we'll take customers to explore the closest village to the peak and see how bad the devastation is," said Edwin Ismedi Hinma of the local tour agencies association. "Then we'll take them to a river to watch cold lahar flood past," he added, referring to volcanic debris flows.

Around Merapi, locals worry about future eruptions of the mighty volcano, and how increased visitor traffic could cause problems if the area needs to be evacuated. As local leader Bejo Wiryanto told Scientific American

"On Sunday,thousands of people come, they cause major traffic jams. I mean, if something happens, who can guarantee their safety?" said Bejo Wiryanto, head of Harjobinangun village about 5 km (3 miles) from Merapi's peak. "I wish they could restrain their curiosity and wait until it's safe. Plus, there are homeless people who are still traumatised by the eruptions who are probably still figuring out how to continue life."

But others argue that increasing tourism will bring money to the area where many lost their homes and livelihoods. Some locals are already selling snacks to the tourists. 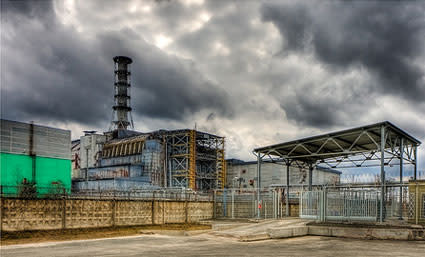 The Ukraine is also jumping on the grief tourism bandwagon: The country plans to open Chernobyl

, the most famous nuclear disaster site in history, to tourism in 2011. The 1986 explosion at the nuclear power plant scattered radioactive fallout over a wide area and forced the evacuation of more than 200,000 people. Some travel companies already offer tours of the abandoned cities, but now the Ukraine will allow access to the sealed zone around the Chernobyl reactor. Guided tours of the area within the containment zone will be kept strictly to areas with low levels of radiation, Emergency Situations Ministry spokeswoman Yulia Yershova explains to AP

"There are things to see there if one follows the official route and doesn't stray away from the group," Yershova told The Associated Press. "Though it is a very sad story."

The lingering risk of radiation exposure in Chernobyl makes some wary of venturing within the containment zone. After all, it has been off-limits for 24 years for a reason, and workers still need to wear protective gear in many places, explains LiveScience

Areas of the exclusion zone, such as the radioactive-waste disposal sites, the sarcophagus entombing the remains of the damaged reactor, and the Red Forest where much of the radioactive material from the reactor spewed, are still hazards. Radioactive cesium, strontium and plutonium are also still around. Plutonium in particular is expected to linger; it takes thousands of years to decay.

Related Content: Discoblog: Space Tourists Will Get Their Own Special Space Beer