Cheaters might not always win, but they do get a "cheater's high". 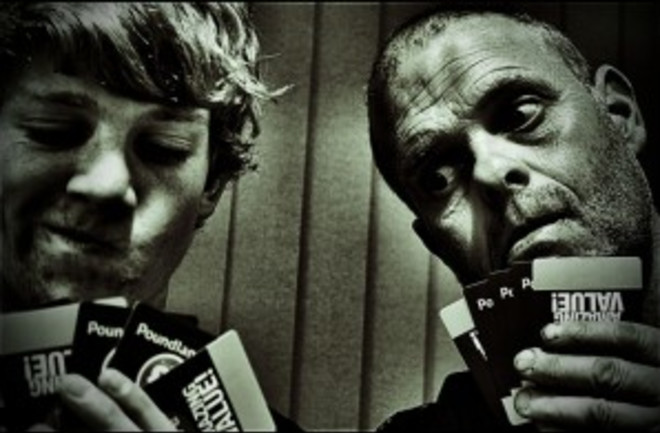 Image: Flickr/Craig SunterI don't know about you, but I was definitely told as a small child that I shouldn't cheat or lie because, among other reasons, it would make me feel bad. Well, according to this scientific study, that's just one more childhood myth we can lay to rest alongside the Easter bunny and tooth fairy. In fact, even though study participants predicted they would feel guilty, engaging in unethical behavior actually made them feel good, an effect the authors call the "cheater's high". The experiment used to test this is pretty clever and involved using carbon copy paper to tell if volunteers cheated to make extra money (see bonus quote below for a complete description). Follow-up studies indicated that it was not just those who naturally tend toward cheating that get the "cheater's high" (people still felt good when somebody else did the cheating for them), and the "high" wasn't simply due to getting extra cash--participants got the rush when cheating on an "Intelligence" test, even when there was no financial incentive. So there you have it: not only does unethical behavior result in financial and other gains, it is rewarding in and of itself. Yet another hurdle to overcome when teaching your children morals.The cheater's high: the unexpected affective benefits of unethical behavior. "Many theories of moral behavior assume that unethical behavior triggers negative affect. In this article, we challenge this assumption and demonstrate that unethical behavior can trigger positive affect, which we term a "cheater's high." Across 6 studies, we find that even though individuals predict they will feel guilty and have increased levels of negative affect after engaging in unethical behavior (Studies 1a and 1b), individuals who cheat on different problem-solving tasks consistently experience more positive affect than those who do not (Studies 2-5). We find that this heightened positive affect does not depend on self-selection (Studies 3 and 4), and it is not due to the accrual of undeserved financial rewards (Study 4). Cheating is associated with feelings of self-satisfaction, and the boost in positive affect from cheating persists even when prospects for self-deception about unethical behavior are reduced (Study 5). Our results have important implications for models of ethical decision making, moral behavior, and self-regulatory theory." From the Materials and Methods: "Next, participants engaged in a timed anagram task. The task, adapted from Ruedy and Schweitzer (2011) involved unscrambling as many of 15 words as participants could in 4 min. Participants earned a $1 bonus for every correctly unscrambled word. The page that listed the scrambled words was stapled to a packet of sheets and a manila folder. In the packet were two sheets of carbonless copy paper that, unbeknown to participants, created an imprint of their writing. At the end of 4 min, the experimenter asked participants to tear the top sheet out of packet. The experimenter then collected the packets and folders. Participants were not able to see that the packets the experimenter collected contained a complete imprint of the words they had unscrambled. Next, the experimenter handed out answer keys, and participants checked their work in complete privacy. This stage of the experiment afforded participants the opportunity to cheat; as they checked their answers, they could add answers to their answer sheet. The experimenter determined whether or not participants had cheated by comparing the imprint of the answers participants had written down in the first 4 min of the study with the answer sheets they ultimately submitted for payment after checking their work." Related content: NCBI ROFL: Scientific study exposes lying on online dating profiles. NCBI ROFL: Liar, liar, pants on fire! NCBI ROFL: Powerful people are bigger hypocrites.