A recovering addict suffers from extreme nausea and stomach cramps. But the most obvious explanation may not be the right one. 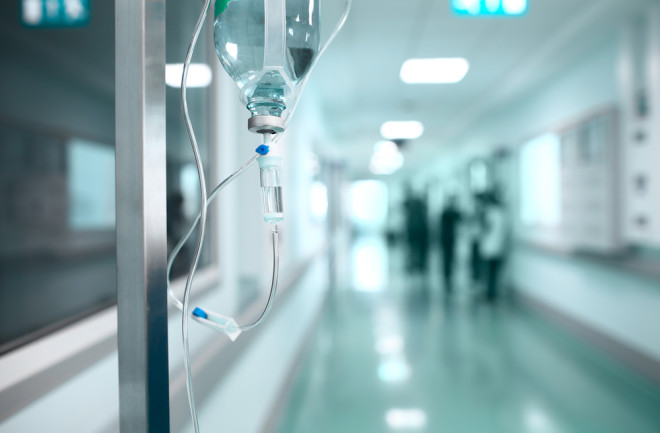 Sign up for our email newsletter for the latest science news
(Credit: sfam_photo/Shutterstock)

“So you did take this morning’s dose?” I asked.

“Seventy-five milligrams at eight this morning,” my patient replied. “I missed yesterday.”

“Any fever?” I asked Estela.

“No,” she said. The rest of the history was no help. Her abdomen, cramps notwithstanding, felt soft. Also normal were blood pressure, pulse and temperature. “Abdomen benign,” I mused to Paul. “Has to be methadone withdrawal. She missed yesterday’s dose.”

“But took this morning’s,” Paul pointed out. “Plus, the vomiting started two days ago, before yesterday’s miss.”

Back in front of my computer, I pulled up prior visits. There was one, exactly a month earlier. I read out loud: “Chief complaint, 26-year-old with nausea, vomiting and stomach cramps for two days.”

“Huh?” I glanced at Paul. “Exact same symptoms a month ago.”

In his native Iran, Paul had been an orchestra conductor. When he was 22, the whole family decamped to California. Quickly mastering English, he worked as a bank teller, wrote his way into a research project at a local college, and now found himself an Ivy League medical student. He knew something about timing and persuasion.

Ten minutes later, Paul was back. He had that “aha” look, but he was also shaking his head.

“She didn’t tell us because she was ashamed.”

I stared at him. “Should’ve guessed.”

Street drugs come in categories. Heroin is a sleeper; stimulants include cocaine and amphetamines; PCP and mushrooms qualify as hallucinogens. Not K-2. Anything and everything its partners in crime can do, it can do better.

Chemically, K-2 refers to a family of synthetic cannabinoids. In the 1980s, researchers tinkered with THC — the molecule that induces marijuana’s high — to study the brain’s cannabinoid receptors. These receptors are key players in the endocannabinoid system, regulating brain functions such as mood, pain, appetite and thought processing. Now it appears they affect blood vessels and almost every organ in the body — and new receptors are still being identified.

Synthetic cannabinoids jumped from lab to street when bootleg chemists began rejiggering molecules to get around anti-drug laws. Sold as “herbal incense,” K-2 hit the streets in the U.S. in 2008 and is now rampaging through the country. In 2015, the drug was responsible for thousands of ER visits — and dozens of deaths — across 12 states in the South. In early 2015 in my ER in New York City, cases shot from zero to five or six a day.

Production is a cinch: Combine precursor chemicals from China (or increasingly, homemade), spray the mix over dried herbs (the “incense”), then seal in square, brightly colored foil packages visibly stamped, “Not for Human Consumption.” Dozens of varieties now flood the streets, each set to punch the endocannabinoid system’s keys in its own unpredictable way.

“There’s no antidote. Just keep them breathing and their blood pressure up.”

What’s baffling, in the face of that unpredictability, is the stunning risk users take. Sure, the stuff is cheap — maybe a buck a K-2 cigarette versus five for “natural” marijuana — but a very small amount can pack a huge wallop. With K-2, you don’t know if one hit will buzz or buzz saw you. Some K-2 variants bind brain receptors 100 times more strongly than THC and can linger for days. Each new concoction produces its own blast pattern — and there’s only one way to find out.

One recent case was a 60-year-old woman who lit up in the basement of her homeless shelter. The staff found her comatose with critically low blood pressure. After 3 liters of saline and careful monitoring, she finally came around.

It was her birthday. That was the celebration.

Another day, a paramedic pulled me aside, a frantic look on his face.

“You did the right thing.” I shrugged. “There’s no antidote. Just keep them breathing and their blood pressure up.”

An hour after Estela’s revelation, Paul checked on her.

“Still vomiting,” he reported. “I tried to tell her how dangerous it was, how many deaths it has caused.”

I shook my head. In 20 years I’d never seen a drug like this. Heck, even heroin addicts don’t come to the ER every day.

I paused. “I guess we’ll try another round of Zofran and fluids.”

Trooping back in two hours later, we found Estela wan but not curled up anymore. I pressed on her abdomen. It was soft.

“Your lab results look great,” I said brightly. “Would you like to go home?”

She brought a hand over her mouth. “I don’t want to go home and vomit,” she said.

Paul held her arm. “The worst is over.”

“We can give you Zofran to take home,” I added.

Barely nodding, she muttered, “OK. I guess so.”

Three weeks later, Estela was back. The chief complaint? Vomiting after K-2. And she’d missed her methadone dose. We replaced it, but the K-2 made her puke again. So we repeated the cycle of meds and fluids once more.

Three days later, she was back. While we treated Estela, another patient gave us the latest headlines: A local dealer who put out hundreds of K-2 pouches every day had been beaten up by his clients.

“He made bad stuff, doc,” the now-righteous user explained. “One kid died. They found him in an alley. Everyone was getting sick.”

The worldwide tsunami of synthetic drugs is surging. Whether driven by Internet-based chemistry, social media or an old-fashioned fad, the number of dangerous synthetics reported to the United Nations shot to over 500 in 2014 — double the total for “traditional” plant-derived drugs. In Poland, poisonings from synthetic drugs, including K-2, rocketed from 500 in 2010 to more than 5,000 by mid-2015, killing dozens.

In the U.S. and Europe, legislators have scrambled to eliminate legal loopholes that allow their manufacture, but that still leaves enforcement. It’s easy to mix K-2’s precursor chemicals in your basement. And even if the raw materials still come from China, how do you stop bottles of clear fluid at the border? As we watched Estela walk out for the third time, Paul softly said, “For a cheap high, that’s a pretty expensive lesson to keep ignoring.”

[This article originally appeared in print as "Bad Chemistry."]