Changing Your Diet Has Immediate Effects on Your Health 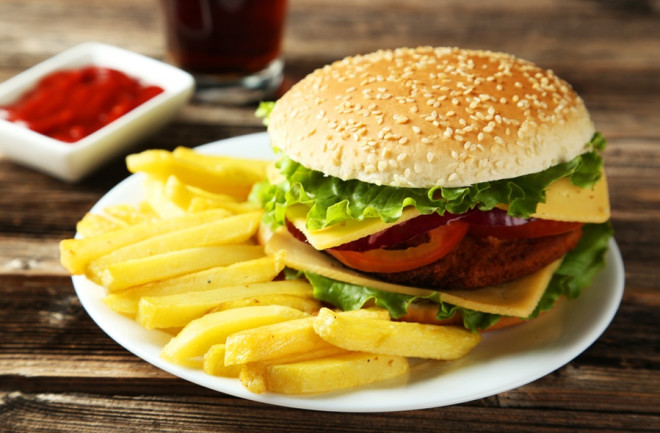 Your body responds to changes in what you eat — for better or worse — much faster than you might think. That’s what researchers discovered during a recent study on the link between diet and colon cancer risk.

The project involved trading the typical diets of two groups: African-Americans, who are at high risk for colon cancer, and rural South Africans, who have a much lower risk for the disease. After two weeks of eating the high-fiber, low-fat and low-animal-protein South African diet, African-Americans in the study saw a significant decrease in inflammation and levels of several biomarkers considered predictive of colon cancer risk. At the same time, the South African participants’ level of risk increased. Shortly after the study was published in Nature Communications, lead investigator Stephen O’Keefe, a nutritional gastroenterologist at the University of Pittsburgh, chatted with Discover’s Gemma Tarlach about the findings.

Discover: How are the biomarkers you studied associated with cancer risk? Stephen O'Keefe: The chief biomarker we studied was Ki67 epithelial cell [proteins]. Measuring that gives an indication of proliferation, or cell turnover. As Ki67 progressively increases, you see more neoplastic [or abnormal growth] conditions. If you can demonstrate a change in the proliferation rate, and a change in inflammation, you can show increased risk of cancer.

What’s the next step for this line of research?

SO: We’ve shown that in high-risk populations, if you change to a high-fiber, low-fat, low-meat diet, mucosal biomarkers change in two weeks. But is it the high fiber, the low fat or the low meat component of the change? The next step is to single each out. I imagine that going from porridge and mango to hamburgers and mac ’n’ cheese — or vice versa — was a shock to participants’ taste buds. What did they think of the food? SO: Both diets were extremely well tolerated. That said, the African-American participants thought that perhaps there were too many beans on the menu (laughs). From an African point of view, when given the nasty Western diet, they loved it. In rural Africa, people don’t eat Western food not because they don’t want to, but because it’s not available.

There is a lot of research into whether obese individuals have different microbiota, or gut microbes, than people of normal weight. While your study was focused on colon cancer risk, several participants were obese, but there were no differences in microbiota between the obese and the normal weight individuals of their group. Was that a surprising find? SO: No. A lot of changes in the microbiota are subtle, and a consequence of what you eat over a long period of time. You don’t get obese overnight. It’s a tremendously complicated field, which is why we’ve seen results all over the place when people look for the relationship between microbiota and obesity.

Should anyone interested in reducing colon cancer risk adopt the study’s rural South African diet? SO: I believe in whole foods and a balanced diet. But the African diet is really an impoverished diet. It’s got what the Western diet is missing — fiber — and it doesn’t have too much meat and fat, but it is not as rich in micronutrients and vitamins as the Western diet.

[This article originally appeared in print as "Trading Plates."]