Cell Fibers Could Be Woven Into Organ Transplants of the Future 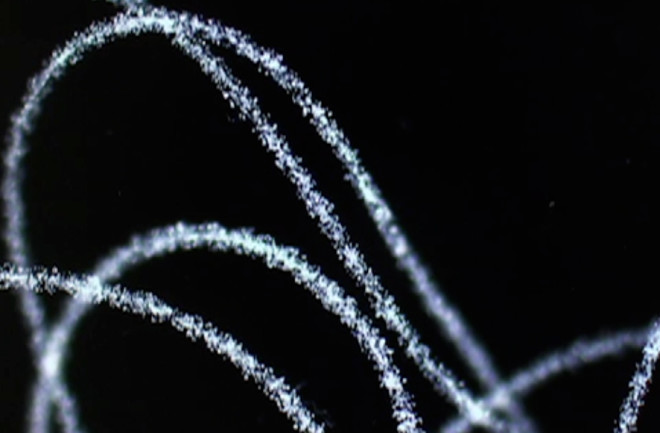 What will the organ transplants of the future look like? Researchers in Tokyo suggest something that resembles injectable strings able to integrate themselves organically into the human system.

Scientists' initial tests of this cell-laden fiber produced working heart, vein and nerve tissues, and even regulated diabetes in living mice. The production process begins with a straw-like tube of modified gelatin called a hydrogel. This is filled with fibers made of natural proteins like collagen and fibrin, which are part of the extracellular matrix that gives animal cells their structure. Within the fibers are primary cells, such as endothelial cells, myocytes or nerve cells.

The result of this combination is a kind of safe space for cells to grow. The fibers create a life-like microenvironment in which the cells can function and interact with each other just like normal cells would, while the hydrogel protects them from the body's immune response.

The researchers tested out ten different kinds of human and rat cells inside the fiber, which organized into their respective 3-D patterns and started doing their jobs. The heart muscle cells contracted. The blood vessel cells formed vein-like tubes. The nerve cells made synaptic connections.

The real proving ground, though, was in live mice. Researchers inserted a fiber full of glucose-responsive insulin-secreting cells under the surface of diabetic mice's kidneys. The cell fiber secreted insulin in response to the surrounding glucose concentration in the kidney, and the results lasted two weeks.

In contrast, inserting the cells alone had no effect because they lacked the protective microenvironment of the fiber, say the researchers in their paper published this week in Nature Materials.

The fibers can be produced and handled much like strings. They are long, thin and flexible, so they can be braided and woven into all sorts of 3-D shapes. The researchers say their fibers could also be used as a template to mold or print transplants in the future. And because they are so fine, the surgical insertion of the fibers isn't very invasive and carries relatively low risk for the patient.