Captive Prawns "Just Not in the Mood" for Sex 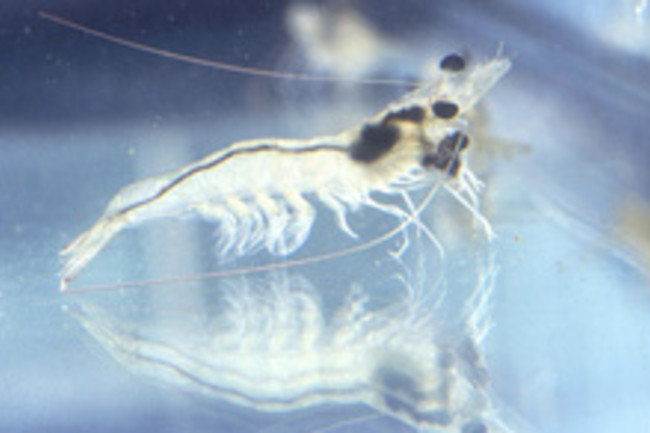 An Australian life scientist has been watching prawn sex tapes for research. After observing that captive black tiger prawns tend to mate far less than their counterparts in the wild, Gay Marsden, a researcher at Queensland University of Technology, set up infrared cameras to see if she could determine a reason for the discrepancy. For two months, she watched how prawns behave in captivity and made one major discovery: Unlike prawns in the wild—or even wild-born prawns who are then moved into captivity—the ones under her surveillance were simply not into sex. Like the shrimp industry, prawn populations are facing increasing environmental threats, and the aquaculture industry would rather breed prawns in captivity than in the wild, where they are vulnerable to disease. Wild prawns breed prolifically, but because they are often kept in high-density ponds, an entire population can be wiped out by a single virus. Captive-born prawns’ lack of interest in sex, then, poses a serious problem for business. Marsden found that after the females molted, which is usually the point at which they release male-attracting pheromones, the males in captivity were just not interested. Marsden attributes the problem to a lack of pheromones, but made sure to distribute the blame fairly:

"I found it was partly the females' fault probably for not releasing many pheromones, but there was also something wrong with the males—they weren't very receptive to what pheromones there were."

She believes there is an abnormality in the prawns' endocrine system, though she will need more research to determine the underlying cause. Guess she’ll just have to keep filming those tapes—and hopefully not selling them to conservatives. Related Content: Discoblog: Everything You Ever Wanted to Know About Squid Sex DISCOVER: How Often Do Animals Get STDs?