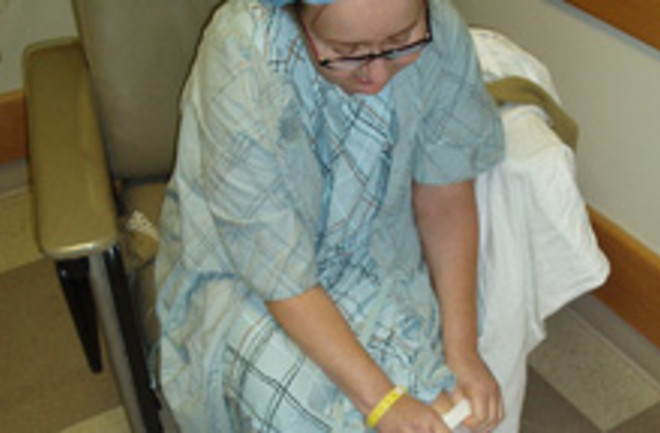 Tumors may physically trigger depression by producing chemicals that induce negative mood swings, according to a new study. The research, conducted in rats, allowed for the isolation of "just the physiological effects of the tumors from the psychological effects.... The tumors themselves are sufficient to induce depression" [The Scientist], says lead researcher Leah Pyter. The new study, published in the Proceedings of the National Academy of Sciences, showed first that rats who had cancer exhibited several behavioral symptoms associated with depression. The researchers gave a forced swimming test to 100 rats, some healthy and some with cancer, and found that the sick rats did not try as hard to escape—a behavior similar to that seen in humans with depression. The sick rats were also less interested in sugar water, which is the the clear preference for healthy rats. Upon further testing, the researchers found that substances associated with depression are produced in increased quantities [in the bodies of animals that have cancer], and then are transmitted to the brain where they impact on the hippocampus - the area which regulates emotion [BBC]. The rats with tumors were found to produce higher levels of cytokines, which are associated with depression and generated in the immune system. In addition, chemical pathways which normally put a brake on the impact of these depression-causing substances appear to be disrupted when a tumour develops [BBC], because corticosterone, the stress hormone that normally suppresses the impact of cytokines, was produced in lesser amounts by the rats with tumors than those without. The close association of depression with cancer is not new, but has been attributed by many doctors to either the trauma of the diagnosis itself, or to side effects of treatment. Others have not been satisfied by such theories; this new research "supports what we've been saying for years: that sickness can be dissociated from mood changes" [The Scientist], said Keith Kelley, an immunophysiologist not involved in the study. Related Content: 80beats: Cancer Will Soon Become World’s No. 1 Killer, With Developing Nations Hit Hardest 80beats: Scientists See the Foreshadowing of Depression in Brain Anatomy