Can Your Pet Catch & Spread Swine Flu? Yes, If Your Pet's a Ferret 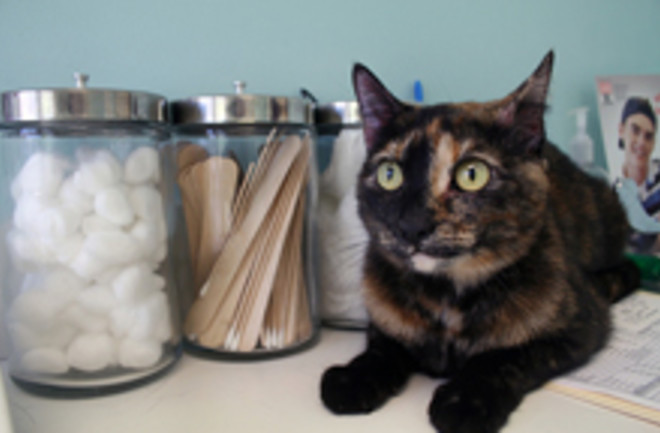 News that an Iowa cat has been diagnosed with swine flu has sparked a new round of concerns, as pet-owners worry both that their furry companions could get sick, and that their pets could pass the virus on to other humans.

The veterinarians who treated him say that several people in the cat's home had been experiencing flu-like symptoms, and lab work confirmed that the feline had the H1N1 virus. Happily, the cat is expected to make a full recovery. But both vets and public health officials are rushing to reassure the public that one sick cat probably does not indicate a coming crisis. While it's possible that more cats will be diagnosed with the swine flu, vets point out that the virus was circulating for more than six months before the first cat case was discovered, indicating that the virus probably doesn't jump from species to species very easily. Doctors also note that there's very little chance that a cat will spread the virus to humans:

Even when inter-species transmissions do occur, the H1N1 virus seems more likely to move from humans to animals, rather than the other way around [HealthDay News].

There have been no reported cases of dogs catching the virus, but there is one type of pet that is known to be vulnerable. Ferrets

are generally susceptible to the seasonal flu, and the AP reported Wednesday that H1N1 infection has been confirmed in two ferrets, one in Nebraska and the other in Oregon. "Not only can they be infected with the flu but they are clearly able to transmit the flu back to people," Treanor said [HealthDay News].