Can You Get COVID-19 Twice? Scientists Say It’s Too Early to Tell

Recovery from the virus seems to stimulate protective immunity, but there’s not enough data to determine how long that protection lasts. 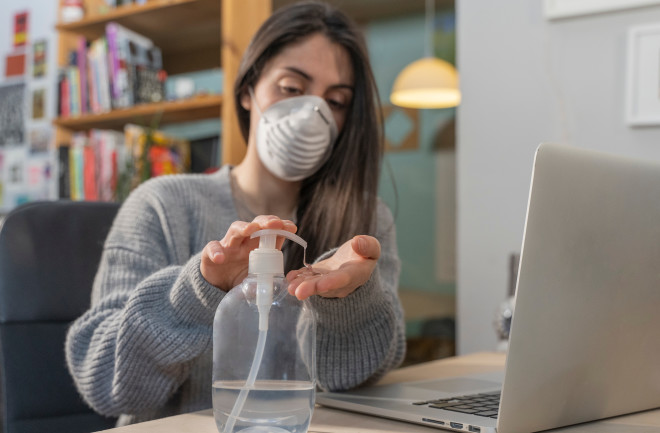 It’s a COVID-19 patient’s nightmare: survive the disease only to face it again a few months later. With recent reports of some testing positive for the virus even after recovery, many are now wondering if it is possible to get infected twice.

But E. John Wherry, director of the Institute for Immunology at the University of Pennsylvania, says these stories are purely anecdotal. “We just have not been in this long enough to really understand whether or not people can get reinfected,” he says. Instead, what might look like reinfection from a new exposure to the virus is more likely to be a smoldering first infection, he explains.

Adam K. Wheatley, an immunologist at The Peter Doherty Institute for Infection and Immunity at the University of Melbourne, Australia, says these anecdotes have led to a lot of speculation about reinfection. But he emphasizes that so far, the epidemiological data seems pretty clear that no one is picking up the virus from a new source within six months of their first infection. Based on this, his own estimate is that immunity to COVID-19 will be at least the length of what we’ve seen with milder coronaviruses that cause common colds — around 12-18 months.

But asking whether or not someone can get reinfected isn't the best question to start with. Before we can answer that, Wheatley says we still have a lot to learn about immunity to COVID-19 in general. His group and many others are studying a wide array of cellular immune responses to find out how our immune systems protect us against another infection, and how long that immunity is maintained.

Wheatley’s colleague at the University of Melbourne, immunologist Jennifer Juno, explains that immunity to a virus is much more complicated than just a “yes, you’re protected,” or “no, you’re not.”

“You [can] have immunity in the sense that you have an immune response, but you're not protected from reinfection,” she says. “And that's where we really have to get into studying the quality and the quantity of that immune response to understand what level is required for protection from infection.”

Juno explains that one way to study protective immunity is to measure the level of antibodies in the blood, which are proteins that the immune system uses to attack foreign invaders like viruses. Recently, there’s been research showing that antibodies rapidly decrease in people who have recovered from COVID-19. But Juno emphasizes that this is a completely normal occurrence after an infection has cleared.

“Your immune system can't maintain that level of activation and responsiveness because it's not practical when you have to fight other infections in the future,” she says.

So, finding a decrease in antibodies doesn’t necessarily mean these people don’t have immunity. At the same time, Wherry says that we still don’t know for sure yet if even high levels of antibodies provide protection against the virus in the future.

But antibodies are not the whole story for immunity — Juno says they’re just the easiest to measure, so they’ve been getting the most attention so far. Two other types of cells are now making their way into the spotlight, and might hint at how to boost the body’s immune response to COVID-19.

When a virus enters the body for the first time, B cells jump into action and produce antibodies to fight it off. But most B cells can only start making antibodies after they’re activated by a helper T cell. After the body fights off the virus, new memory B cells and memory T cells are created to “remember” the virus and wipe it out the next time it enters the body.

These memory cells can survive in the body for decades, and Wheatley says they make up the other two crucial components of long-lived immunity, in addition to antibodies. So, in a July 2020 study in Nature Medicine, Wheatley and Juno looked at a particular subset of T cells that they thought might be especially important in supporting memory cell and antibody responses to COVID-19.

They found that one type of T cell response was correlated with higher amounts of neutralizing antibodies — meaning the cells could block the virus from causing infection. As a result, Juno and Wheatley say it could be a worthwhile goal for vaccines to elicit this beneficial T cell response to promote a good antibody response.

Wherry agrees this may be a useful aim for vaccine development. In almost all vaccines, “antibodies are the correlates of protective immunity,” he says. “But most of those vaccines also generate T cells, and it's very likely that for complicated infections, you need T cells to back up your antibodies.”

And, in regards to natural immunity before a vaccine is available, Wherry says experts are not only seeing antibodies in most people who have recovered, but also T cell and B cell immunity months after infection.

Prior infections with closely related viruses may also help our response to COVID-19. In June 2020, a study published in Cell found that 40-60 percent of people who had not been exposed to COVID-19 still had detectable levels of T cells that respond to the virus — and thus could already have some level of immunity.

“That surprised us,” says co-author Daniela Weiskopf, an immunologist at the La Jolla Institute for Immunology in California. “The hypothesis is that it's coming from human ‘common cold’ coronaviruses because they are closely related, but that still needs to be shown,” she says. She adds that time will tell if these potential “common cold” T cells actually help fight off COVID-19, and it will be important to know whether people with them may react differently to a vaccine.

To Immunity and Beyond

Not unlike the pandemic, Wheatley explains that our scientific understanding of COVID-19 immunology is coming in waves. In the first wave, the literature showed that immunity was going up, meaning antibodies and T cell responses to the virus were increasing. He says we’re now just coming off of the second wave, where studies are saying that immunity is going down — but he clarifies that this was to be expected. Now, Wheatley says that in the third wave we can turn to the bigger, tougher questions.

“What’s required is understanding the remaining level of immunity that you have after an infection or a [vaccine], and how protective that is,” he says. “I think the whole world is studying that. Those are the big questions we’re trying to get on top of, and I think everyone else is as well.”