What Is Lumen, and Can It 'Hack' Your Metabolism? Here's What the Science Says

Metabolic flexibility is the latest buzzword for biohackers looking to lose weight, ward off disease and live longer. Now $300 devices say they can help us track and ‘hack’ our metabolism. But is this really the fast-track to a long and healthy life? 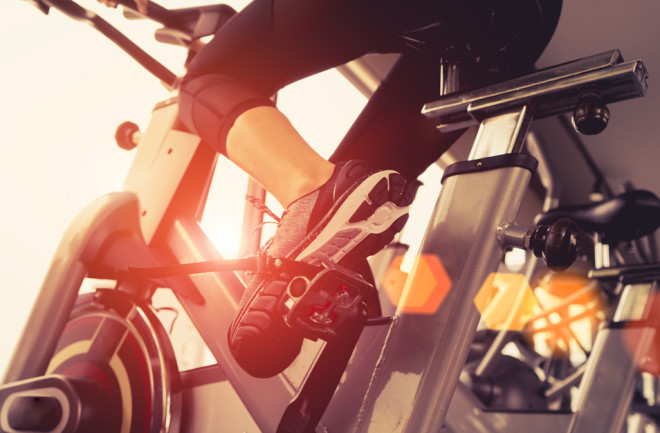 Michal Mor hopes that one day, checking metabolism could be as routine as brushing your teeth. “The vision is that everyone manages lifestyle based on their unique metabolism,” she says. “It’s this metric that will help us live longer and healthier.”

In May, Mor and her twin sister Merav — both of them Ironman competitors with doctorates in psychology — launched Lumen. The device, they say, helps users track and “hack” their metabolism. It’s a simple concept: Breathe into the small black device, no bigger than an asthma inhaler, and receive a status report on what's called your metabolic flexibility. Then use that information to make lifestyle changes to boost performance and see an uptick in health.

The gadget has arrived among rising clamour from biohackers, intermittent fasting aficionados and rival tech developers (such as ketosis tracker Keyto) that insist the secret to a long, healthy life boils down to one major thing: our metabolism.

Loosely speaking, metabolism refers to the bodily processes that supply us with energy. These collective processes are designed to move primarily between two major states: absorptive (fed) and postabsorptive (fasting). In the former, usually after a meal, the body burns carbohydrates from food and stores excess as glycogen for later use. In the latter, it burns this stored fuel instead. (There is a third state, starvation, but it only occurs where the body is deprived of nutrients for an extended period of time and begins to break down muscle.) Metabolic flexibility is the term used to describe the efficiency and speed with which you move between the two states.

Despite throwing up 42 million search results on Google and acting as the main talking point at biohacking summits the world over, the concept of metabolic flexibility has only been circulating for about two decades. In 1999, endocrinologist David E. Kelley compared the effects of an overnight fast on lean versus obese patients. Leaner people, he found, adapted far more quickly, their bodies promptly switching to a postabsorptive state. Obese patients didn’t adapt nearly as fast — they were metabolically inflexible.

In the years since Kelley coined the term, “it’s become very sexy,” says Eric Ravussin, director of the Nutrition Obesity Research Center at the Pennington Biomedical Research Center. In fact, it’s been adopted as a sort of shorthand for optimal health. Red hot chilies, ice-cold showers and endless cups of green tea are just a few of the hacks recommended online by people who argue we can push our metabolism more efficiently between these two states to achieve goals in weight loss, exercise and overall health.

As Kelley’s initial discovery would suggest, there is evidence of a link between metabolic flexibility and both weight management and exercise. A 2019 paper published in Cell Metabolism found the body’s ability to switch between fuels in response to the composition of diet was linked to a susceptibility to weight gain. And a review published in the same journal two years earlier highlighted evidence that efficiently matching “fuel availability with metabolic machinery” could help boost athletic performance.

But Merav Mor, and other advocates, go far beyond metabolic flexibility as a tool for weight loss or shaving a few seconds off a 100-meter sprint. They claim that it can help create a stronger immune system, improve sleep and boost longevity.

The science doesn’t back up these broader health claims, though, says Ravussin. Not least because a robust human study would take 100 years, he points out. The only indicators we have of a link between metabolic flexibility and longevity right now are in mice. A 2015 review in Nature Cell Biology confirmed that studies have shown calorie restriction in mice can improve metabolic flexibility and increase lifespan.

“It's like any other kind of bright, shiny object,” says Susan Roberts, lead scientist of the Energy Metabolism Team at the Jean Mayer USDA Human Nutrition Research Center on Aging. “Something new comes into science, and it sounds so attractive we think that maybe it's the solution to everybody's problem. But does metabolic flexibility account for 1 percent of health? 50 percent? 0.01 percent? That, for me, remains the question.”

The other question is, what can we do about it?

The creators of Lumen say we all have the capacity to hack metabolic flexibility for optimal health. Its devices provide users with a metabolic level based on the composition of a single breath, or what’s known as respiratory quotient (RQ). The idea is that when our metabolism is in a postabsorptive or fasted state, less carbon dioxide is released. Holding your breath for 10 seconds before exhaling into the device, Lumen say, captures this RQ and gives an accurate reading on your current metabolic state.

The premise is that a “healthy body is one that relies on fat stores in the morning,” says Mor. If the device detects this postabsorptive state first thing, then you’re on the right track. If not, Lumen recommends lifestyle changes around sleep, exercise or diet, that help you improve it for next time. Easy.

There are links between lifestyle factors and metabolic performance. Sleep deprivation can damage overall metabolic health, for instance, while regular exercise can help prevent diseases linked to metabolism, such as type 2 diabetes.

But our ability to hack metabolism is limited. “Your metabolism is mostly determined by your body composition and your genetic background,” says Ravussin. Back in the ’90s, Ravussin studied Pima Indians living in Arizona over an eight year period — a group with the second highest prevalence of obesity in the world. Genes, he discovered, were crucial.

Even [which] Mor accepts that factors such as age and historic activity levels play into the extent to which you can tinker with metabolism. “But there’s no question about seeing improvement,” she says.

For Roberts, of all the various ways we can boost health, painstakingly tracking metabolism isn’t where she would focus efforts now. “We need another couple of years of studies and then maybe it'll prove to be important,” she says. “But at this point, there are more important things. Do you eat junk food? Do you eat late at night? Do you stop eating at 6 p.m. and give your stomach time to recover? These are areas with really good evidence. This is all just a bit premature.”