Can We Blame Our Genes for Our Decisions? 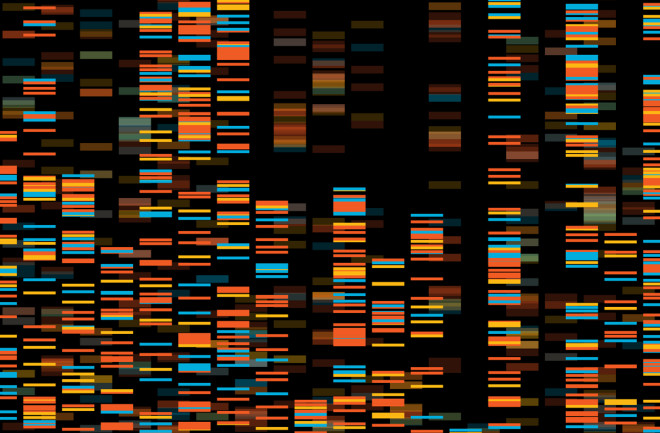 Forget meditation, forget ayahuasca ceremonies and mindfulness practice. Today, knowing yourself is as easy as swabbing your cheek. Home genetics tests like those offered by 23andme are becoming readily affordable — just $69 for a test kit — and they offer an unprecedented look at our personal blueprint.

It’s even possible today to study the genetics of your potential offspring before they’re born. So-called pre-implantation genetic diagnosis analyzes DNA from an embryo when it’s nothing more than a few cells. Even at that stage it’s possible to divine the unique set of genes that will shape a person’s life.

The tests are currently used for parents at risk of passing on dangerous genetic conditions, but they could conceivably do much more. Studies have picked out groups of genes associated with intelligence, academic achievement, criminal activity and other life outcomes. It now seems possible to chart your children’s lives before they ever emerge into the world.

The implications are staggering. Knowing what kind of person a child is likely to become — a kind of scientific prejudice — could easily lead to discrimination. Kids with genes linked to low intelligence could be shunted into inferior schools, and adults with genes linked to criminal activity could be subjected to extra-judicial police scrutiny.

This kind of thinking can be termed “genetic determinism” — the idea that our genes conclusively shape our behavior — and it also wreaks havoc with our notions of morality and free will. If our genes are guiding our behavior, does that mean we’re not responsible? “It wasn’t my fault, officer, my genes made me do it”?

Rest assured, then: None of this is how the science actually works. But we still have to grapple with the consequences of reading our genetic code.

To begin with, no genetics researcher would claim to know a person’s future based on a read through their genome.

“If you have two people in front of you with exactly the same genetic score, one might go on to commit a crime and the other one won’t,” says Jasmin Wertz, a postdoctoral fellow at Duke University, where she studies how genetics and the environment shape child development. “It doesn’t really give you the information you need to make predictions with any kind of certainty.”

Wertz would know. She conducted a study of how self-control, cognitive ability and difficulties in school — all affected by our genes — predicted criminal activity later in life. She and her co-authors gave each participant a genetic score based on whether their genes were correlated with positive outcomes in life. These genetic scores explained about one percent of the difference in whether people committed crimes or not, she found. That’s compared to three to five percent explained by “socio-economic deprivation,” meaning things like poverty or a difficult family situation. In other words, the genetic role is tiny.

“The majority of people, even with a lower than average genetic score, will never go on to commit a crime,” Wertz says. “It’s extremely hard to predict your criminal behavior based on just the information from a genetic score.”

The same technique has been used to look at other broadly defined societal outcomes, as well. Another study found that 16 percent of the difference in educational outcomes could be explained by a genetic score. That number’s higher, but it’s still small. And studies of identical twins, the gold standard for determining the influence genes have on given traits, have suggested that our DNA is probably responsible for around half of things linked to intelligence and behaviors like educational achievement and criminal activity. That’s far higher than one or 16 percent, but the conclusion is clear: Genetic determinism doesn’t seem to be scientifically possible.

Why not? There are just too many genes, and they interact with each other and with the environment in too many ways. We can’t simply look at a handful and divine the future.

“There’s not going to be one, or two or even a dozen genes that predict something like criminal behavior,” says J.C. Barnes, a researcher at the University of Cincinnati focused on the intersection of genetics and crime, and one of Wertz’s co-authors. “It’s going to be that there are hundreds or thousands of individual genetic variants, and those are only going to explain a small piece of why we see variation in criminal activity.”

Even in cases where genes seem definitively linked to certain actions, things are not as straightforward as they seem.

Take certain mutations of the MAOA gene, found on the X chromosome, which studies have shown can predispose men to violence. What seems open and shut is actually anything but. MAOA is only correlated with violence in men who had bad childhoods — in others, the mutation didn’t have much effect at all. (Most genetics follows this pattern: A deficient copy of one gene is rarely tied to a single outcome)

That hasn’t deterred defense attorneys, though, who have pointed to the presence of a defective copy of the MAOA gene in attempts for clemency and reduced convictions. In 2010, Bradley Waldroup had a murder conviction dropped down to voluntary manslaughter, due in part to genetic evidence. His lawyers argued that a mutation in his copy of the MAOA gene predisposed him to aggression, and it was enough to sway the jury. The logic echoes the reasoning used in insanity pleas — something largely outside of the defendant’s control guided his actions.

Barnes doesn’t agree with that line of thinking. There’s not enough evidence linking MAOA to violent behavior for it to stand up in a court of law.

“There might be some effect there, but overall, the effect is quite small,” he says. “It can’t be just this gene, it can’t be ‘the one.’”

And even so, MAOA is by far an outlier — very few single genes can be tied to any discrete outcome.

In other words, even a gene that punches above its weight class likely doesn’t have enough of an effect on our actions that we can pin blame on it. Or, seen another way, it means that someone with the gene is not predestined to violence, another strike against genetic determinism.

It may not reflect an accurate understanding of the science, but cases like Waldroup’s do seem to reflect how we view our genes today. 23andme ads invite us to “meet your genes,” and call out individual examples like ACTN3, a gene involved in determining muscle composition sometimes referred to as a “gene for speed.”

But studies have found only tentative connections between the genes and how our bodies respond to exercise, and indicate that the gene is also involved in a whole range of things affecting our muscles. Plus, many other genes related to muscle function also play a role in how fast or strong we might be.

Framing our genes in this deterministic way vastly oversimplifies the way they work, and grants genes powers they simply don’t have. Just like there’s no one “gene for speed,” there’s no “gene for crime.”

“It’s not like you have one mutation and now you’re a serial killer,” says Paige Harden, an associate professor of psychology at the University of Texas at Austin. Instead, thousands of genes each influence in a minuscule way the probability that a given person might develop a trait, like impulse control or poor literacy, that in turn is correlated with committing a crime. And that’s not even taking the environment into account.

The set of circumstances that surrounds us as we develop into adults also plays an integral role in who we turn out to be — it’s why identical twins can end up so different. Our experiences shape the influence our genes have on us. And our genes help determine what kinds of environments we seek out, which in turn shapes how our genes are expressed, and so on. The interactions are extraordinarily complex, and we’re nowhere near understanding the majority of them.

“Be very wary of claims to genetic exceptionalism, that genes are somehow special, that they play a causal role that nothing else does,” says Leslie Francis, a professor of law and philosophy at the University of Utah. If anything, research is showing that genes may play a lesser role than we think.

“The genetics research has really started to reveal just how powerful the environment really is,” Barnes says. “Even when we know the genetic background and we control for that, we still see a huge variation in behaviors.”

As cases like Waldroup’s, or ads from 23andme make clear, we as a society are still figuring out what to make of our genes. It’s difficult because there’s no one example that really explains the effects our genes have — the influences of DNA on our behavior and lives varies greatly from situation to situation.

That makes it really hard to turn our current understanding of genetics into ideas about morality and responsibility. Sure, not everyone is created equal, but that doesn’t mean genes somehow determine the outcomes of our lives. But if it’s done right, integrating genetics into our social systems could be a boon to our future children.

“I think it would be great to use the DNA to identify children at birth who have, for example, genetic risk of developing reading problems, and thus enabling early intervention, because we know that preventative interventions have a much greater probability of success early in life,” says Kaili Rimfeld, a geneticist at King’s College London.

In other fields, genetic foreknowledge could help avert — not punish — unwanted behavior. Ultimately, it will take realizing that while our genes do have a role to play in guiding our behavior, it is far from an absolute one. Comprehending exactly what our genes do — and don’t do — will be necessary to guide future policies.

“People are going to be born with the genes that they have, so if we want to create a society that looks like a society we want to live in, [we need to consider genetics] in terms of what are our responsibilities to each other,” Harden says. That way, “we can structure the environment such that this natural lottery doesn’t wreak havoc.”

Key to a more nuanced understanding of how we should work genes into or society, Harden suggests, is what may be a more fundamental problem when it comes to comprehending DNA. We seem to view our genes as something outside of ourselves, akin to a brain tumor that alters an existing personality. It’s a logic on display when defense attorneys use the “genetic defense,” or when we worry about whether our genes erase the concept of free will.

In other words, we are our genes. That’s not all we are, but our DNA is in literally every cell of our bodies. While genetics doesn’t rule over us, we cannot escape its influence. The best we can do is try to live with it.