Can Science Get to the Bottom of the Aliza Shvarts-Abortion Fracas? 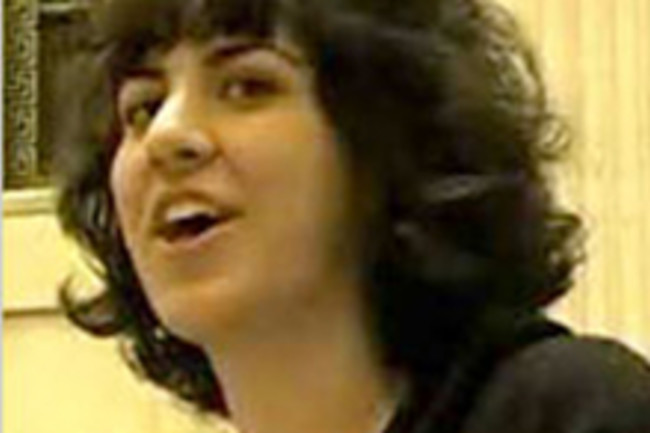 Earlier this week, Yale senior Aliza Shvarts made headlines with her performance art project, which consisted of artificially inseminating herself as often as possible while simultaneously ingesting abortifacient drugs to induce miscarriages. She reportedly preserved some of the blood from the process, which she claims to be storing in a freezer. After the blogosphere erupted in outraged shrieks over the project, the university countered with a claim that the whole thing was a "creative fiction," and that Shvarts was never actually pregnant. She maintains, however, that the project was real, though she couldn't be certain whether the bleeding events were from abortions or just regular menstruation. So can we turn to cold, hard science to determine which party is telling the truth? Possibly. If Shvarts did indeed preserve the blood and freeze it immediately after it was collected, it could be tested for human chorionic gonadotropin (hCG), the hormone produced during pregnancy. If she failed to carefully preserve it, however, the hCG could have degenerated over time, making it untraceable. Another option would be a DNA analysis of the blood. "If you could take a sample of her blood and determine her genetic material, then test the [menstrual] blood against it, if there's any genetic material there that's not hers, that would indicate a pregnancy," says Dr. Michael Ross, an obstetrician/gynecologist in Northern Virginia. "Or you could do a test for Y chromosomes, on the 50/50 chance that [the fetus] was a boy." Still, either test might not be conclusive: "If the [blood] has more than one genetic program, you could say there’s an overwhelming likelihood that she’s pregnant—or just that she had sex before collecting the blood," says Ross. Plus, once again preservation remains an issue, since DNA specimens are notoriously easy to contaminate. All in all, the costs and hassles of testing (not to mention the likelihood of a contaminated specimen) make it unlikely that Yale will go to the trouble—though, considering all the PR that's swirled around the scandal, who knows what school officials might do to make it all go away.