The hormone may help some people with autism make social connections. 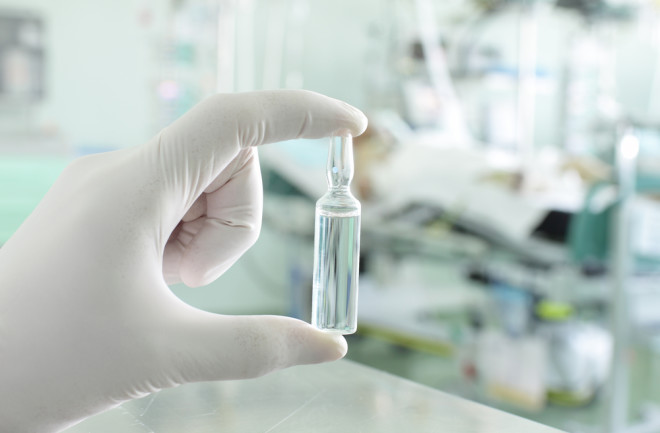 At a think tank meeting about autism several years ago, molecular geneticist Simon Gregory spoke with mainstream and nonconventional doctors about oxytocin, the so-called “love hormone” that some doctors were using to treat symptoms of social disconnection in children with autism.

Asking for a show of hands, Gregory was stunned to see that about a fifth of the attendees were supplying oxytocin nasal sprays to their young patients. Yet safety data were scanty, and “it was pretty evident there wasn’t any standard of care for autism,” Gregory says. “Some people were using once a day, others twice. There was no metric of successful treatment. It’s the Wild West.”

Until recently, most studies examining oxytocin treatment for autism have used small sample sizes and involved only one or two hits of the hormone. But for some parents of children on the autism spectrum, the lure of a magic mist that promises social connection, eye contact and emotional engagement is hard to resist. Although the FDA has not approved the use of oxytocin to treat autism, it is available by prescription from compounding pharmacies, and for $49.95, anyone can order a two-month supply of the oxytocin spray Liquid Trust over the Internet without a prescription.

Imagine you are Gregory. On the one hand, you see a mass migration to a trendy but unproven drug. On the other hand, some new studies lend credence to claims of oxytocin’s potential — albeit with important caveats. What do you do? Apply for grants, fast. Gregory, who directs Duke University’s Bioinformatics Workshop, is now one of a handful of scientists scrambling to chase a genie that has already left the bottle.

Oxytocin is a signaling molecule once best known for its role in “letting down” breast milk and in triggering labor and delivery. Far more than a simple “love hormone,” it is involved in many biological processes, including cardiovascular, gut and kidney function, wound healing and bone formation.

In the early 1990s, studies of monogamous prairie voles showed oxytocin helped promote lasting attachments. Since then, researchers have wondered whether the hormone could have similar “pro-social” effects in people with autism, who often struggle to understand and respond to social cues.

In a 2003 study of 15 adults with autism or Asperger’s syndrome, researchers found that a four-hour infusion of oxytocin reduced repetitive behaviors, a common characteristic of autism. A 2010 study of 13 adults with autism found oxytocin helped the participants better navigate social dynamics in a simulated ball-tossing game.

The same study found that participants shown pictures of faces were more likely to gaze at the eye region, which conveys emotional information, after a dose of oxytocin. Those results square with another recent study, presented at the Society for Neuroscience (SfN) meeting in October 2012, showing that after a dose of oxytocin, men with autism were better able to understand difficult-to-read emotions conveyed in photographs showing only people’s eyes.

When these children performed tasks involving pictures of people, brain regions involved with processing social information and emotional expression, sometimes collectively called the “social brain,” lit up in ways that resembled the brains of typically developing children. “We were stunned” at the extent of the response, says Pelphrey, who presented the findings at the SfN meeting.

Although the effects evaporated after a day or two, the study shows for the first time that these parts of the autistic brain “are not irretrievably broken,” Pelphrey says. “They’re just not functioning.”

The Reading the Mind in the Eyes Test (RMET), developed by University of Cambridge psychologist Simon Baron-Cohen and colleagues, is commonly used in studies of autism. It measures one area of social impairment: a person’s ability to perceive other people’s mental states as communicated by their eyes. The eyes above are a (non-diagnostic) subset of those in the RMET. Can you tell which mental state is conveyed in each pair?A. Apologetic, Friendly, Uneasy, DispiritedB. Irritated, Disappointed, Depressed, AccusingC. Doubtful, Affectionate, Playful, AghastD. Panicked, Incredulous, Despondent, InterestedE. Embarrassed, Guilty, Fantasizing, Concerned<hr />Answers: A. Uneasy B. Accusing C. Doubtful D. Interested E. ConcernedTake the <a href="http://www.questionwritertracker.com/quiz/61/Z4MK3TKB.html">test</a> online to see how well you can read emotions in eyes.

In one of the few studies that tested oxytocin beyond a single dose, neurologist Evdokia Anagnostou at the Bloorview Research Institute in Toronto gave intranasal oxytocin to 10 high-functioning adults with autism, and a placebo to nine others, twice daily for six weeks.

Participants who took oxytocin showed no ill effects and exhibited modest reductions in some repetitive behaviors compared with those on the placebo. They were also 20 percent better at reading emotions in pictures of eyes. But oxytocin had no effect on measures of social communication or obsessive-compulsive behaviors.

“We’re not talking about curing autism,” Anagnostou cautions. “The problem with autism is that it’s a collection of disorders. We’re saying there’s one symptom domain that we may be able to improve.”

Finding out whether that’s true will take longer-term studies, says Linmarie Sikich, director of the Adolescent and School-age Psychiatric Intervention Research Program at the University of North Carolina. She is enrolling 300 children with autism spectrum disorders in the largest study of its kind to date: a five-year, $12.6 million federally funded study that will measure how oxytocin affects social functioning as well as learning and language.

Gregory suspects oxytocin may work only for a subgroup of autistic children. People with autism appear more likely to have atypical regulation of the gene that codes for the oxytocin receptor, the protein that determines how well the body responds to the hormone.

Because of either a genetic mutation or environmental factors that affect how the gene directs the protein’s development, some people’s oxytocin receptors may be folded up in ways that prevent them from binding well to the hormone. Gregory is working to develop a blood test to determine whether a patient will respond to oxytocin.

Even when oxytocin shows an effect, its benefit may be mixed. For one thing, Gregory says, its role in sociability is not straightforward. Oxytocin appears to make it easier to process social information, but that information isn’t always about hugs and kisses. For some children, the drug might just draw attention to social slights and digs they hadn’t noticed before.

There is also some evidence that oxytocin may carry negative social effects, such as increased feelings of envy and gloating. In a 2011 study, for example, psychologist Jennifer Bartz of the Icahn School of Medicine at Mount Sinai found that oxytocin caused men with borderline personality disorder — another condition that involves interpersonal difficulties — to be more distrustful and less cooperative during a computer game.

A final concern is more philosophical: Not all people with autism desire to be more at ease socially. Do all children with autism really need to be cuddlier, or are parents just (understandably) longing for more of this type of connection?

For those who do crave oxytocin’s potential benefits, Pelphrey — who was once agnostic on the subject — believes there is now reason for cautious optimism. He won’t consider giving his own autistic children oxytocin regularly until its long-term effects are known, but he believes it may hold promise for limited uses, such as right before behavioral intervention therapy in order to make the sessions more interactive, and therefore more effective.

“If it really turns on the social brain,” he says, “then it may open a window of opportunity for social learning. A lot of us in psychiatry are starting to think about medicines not as changing the brain but as changing the learning that then changes the brain. That would be really exciting.”