Can Doping Tests Stay Ahead of Cheaters? 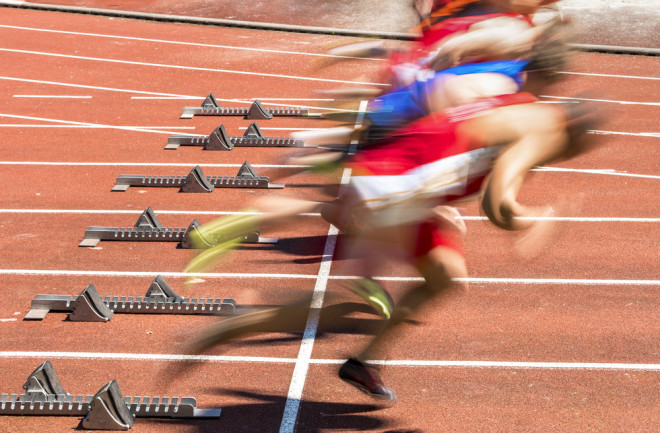 (Credit: Stefan Schurr/Shutterstock) The 100-meter dash, the pole vault, a marathon, a bike race, and any other sport under the sun have one thing in common: winning depends on pushing physical performance to the max. The pressure on athletes to push their bodies to the limit has produced a longstanding tit-for-tat between the athletes sneaking chemical agents into their blood or body cells to gain an edge and those trying to detect them. Recently, the International Olympic Committee (IOC) announced that any prospective dopers had better think twice about artificially gaining a competitive advantage. The IOC isn’t talking about traditional doping tactics like getting infusions of extra red blood cells or injections of performance-enhancing hormones. Instead, the IOC is taking on gene doping, or using designer drugs consisting of genetic material — in this case, the gene that encodes erythropoietin (EPO). The EPO gene causes bone marrow to make more red blood cells. But having some extra copies of the gene also can lead to a higher-than-normal red blood cell count. The more oxygenated blood in an athlete’s body, the higher their performance. Here’s the catch. EPO in an athlete’s blood made from extra genes would look natural, but the World Anti-Doping Agency (WADA) has approved tests capable of detecting genetic tempering. Consequently, IOC medical chief Richard Budgett issued the following statement:

“We will store the samples [of athletes]. We can be very confident that an athlete who is cheating should be very scared. If someone thinks they have designer drugs eventually they will be found. The message for all those cheats out there is ‘beware you will be caught.’ I am confident we have the deterrents that should lead to the protection of clean athletes.”

Any athlete undergoing EPO gene therapy in its current form will probably be caught by the new tests, but the current therapeutic methods are fairly crude. More sophisticated gene-doping methods are on the horizon, which would be easier to hide. New detection tests will be needed, and to be effective they would require more than urine or blood samples. Muscle biopsies or even samples from internal organs might be needed to perform tests. So will the testers hold their lead ahead of the cheaters? We can’t be confident that they will.

Except for genetic modification needed in skin, or other tissues accessible enough to allow direct injection of DNA, gene therapy requires a vector — a packaging particle that acts as a delivery device. Commonly, the vector of choice is an adeno-associated virus (AAV), because these carriers have been developed to keep immune responses at a minimum. AAVs come in a variety of subtypes, each targeting certain tissues and organs. Thus, if you want to send a gene to cells in the liver, you enclose it in a specific type of AAV that’s attracted to the liver, inject it into the patient, and it travels through the bloodstream to the target organ where the genetic payload is delivered. The delivery of the therapeutic gene is imprecise. If a person’s genome is like a book, and each chromosome like a chapter, then a gene is like a sentence. In current gene therapy, the vector delivers the genetic payload—the new sentence—into the correct book, but not into the same chapter where copies of that same sentence exist naturally. With AAV as the vector, the sentence is not delivered into any chromosome. Instead, it functions in the cell nucleus as an episome, a piece of non-chromosomal DNA. This is a good feature, because you don’t want your therapeutic gene to insert into a location on a chromosome where it could disrupt other genes, leading to cancer. But for an athlete, having a copy of the EPO gene that’s not in a chromosome is telltale sign that he or she has doped. Furthermore, regardless of which body tissue you choose as the target for delivering the therapeutic gene, with current gene therapies, massive numbers of AAV vector particles are needed. Little bits of these particles will be floating around in the bloodstream, where they’re detectable by the new tests.

Still, the new tests are based on the crude state of gene therapy of 2001 when WADA identified EPO gene therapy as a type of doping. Today, such therapy is still crude, but this is about to change due to new technology, particularly CRISPR-Cas9 genome editing. Using CRISPR technology, genes, or parts of genes, can be placed into precise locations in the genome, which could sidestep efforts to detect an EPO gene in the wrong place. Some athletes’ EPO production is higher than normal due to natural genetic anomalies. With CRISPR, such a trait could be edited into the genome of someone else, and their genome wouldn't appear as if it were altered. Efficiency of such approaches would be much better than with current gene therapy, so the quantity of vector particles needed to deliver the CRISPR editing system into an athlete would be far lower. Tests that identify vector remnants wouldn't be sensitive enough to prove gene doping. Furthermore, potential dopers might avoid the blood stream and inject the vectors containing the genetic payload directly into organs, further reducing the value of the vector detection tactic.

EPO doping is only the beginning. Depending on a person’s genetics, muscle fiber traits, and the particular sport, an athlete might select gene therapies that alter other bodily functions. For someone in a power sport, like sprinting or high jump, they may want a gene therapy directed at myosin 2B protein to give themselves a higher ratio of fast-twitch (white) versus slow-twitch (red) muscle fibers. Conversely, an endurance athlete might want therapies that increase slow twitch fibers at the expense of fast twitch fibers. They also might want to turn off one of the two gene copies that they carry for the enzyme myostatin; doing this causes increased muscle growth and bulking. Proving that a gene has been deleted in a person’s muscles would be a challenge, since the gene would still be present in some cells; the person would appear chimeric (having some cells with one genotype and other cells with another), which is common in nature. Needless to say, any therapies administered specifically to muscles would be challenging to detect in blood samples. Rather, a muscle biopsy would be needed. Plus, there could be genes inserted, or removed in the kidney, liver, or even the heart, that could be advantageous, depending on the particular sport. So what happens then? Mandatory muscle biopsies? Mandatory biopsies of internal organs? It’s not certain that athletes would accept this, and even if they did, we’re left with the question of whether the tests themselves will be up to the task.