Can biologists admit they are wrong?

Jason Collins, an economist strongly grounded in biological principles, has a post up in response to Mike the Mad Biologist's critique of economic misunderstandings of biology. Jason asks:

On the flip side, did Dawkins or Gould (or their respective supporters) ever concede to the other side that they were wrong and substantially change their world view? 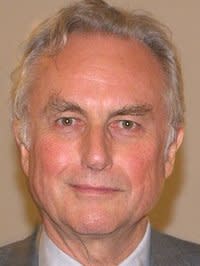 I have some opinions on this. My own attitude is that both Richard Dawkins and Stephen Jay Gould retreated from maximalist positions when it came to the gradualism vs. punctuated equilibrium arguments of the 1970s substantively. But rhetorically they often seemed to downplay their modifications, and assert more that their own positions were a change of degree, while their antagonist in the argument would have to make a change of kind to align with the evidence. This sort of semantic gamesmanship is disappointing, though alas rather conventional. But since i'm not a thorough master of the oeuvre of both men I'd be curious what readers think. Also, it is to be noted that Dawkins has reversed himself on 'the handicap principle'

. He spent some time rejecting it in The Selfish Gene

, but in the preface to the more recent editions he admits that he would rewrite that section today as he accepts the validity of this mechanism. Finally, at least with much of biology a lot of these debates are of historical interest. Old debates have a tendency of dying down and achieving some sort of resolution. From what I can tell people don't talk about broad cut-out general frameworks such as 'neutralism vs. adaptationism' or 'gradualism vs. punctuated equilibrium' anymore. Especially with genomics' surfeit of data there's no point in fixating on one theory to explain all dynamics of interest.