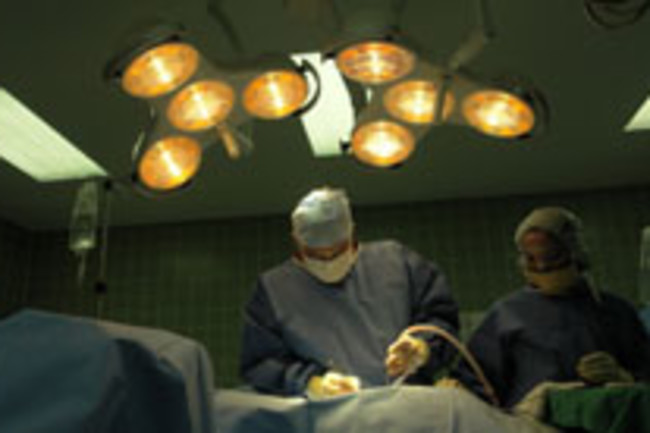 Under a new law, California hospitals are supposed to report all serious medical errors to the state, and the first batch includes stories that will scare anyone with a looming hospital admission date.

[D]uring a 10-month period ending in May, doctors performed the wrong surgical procedure, operated on the wrong body part or on the wrong patient 41 times, records show. During the same period, hospitals reported that foreign objects were left in surgical patients 145 times [AP].

Officially called "adverse events," those accidents are also known as "never events" because they are considered preventable, and many safety experts say they should never happen

The new disclosures listed 1,002 cases that caused serious medical harm; under the new law, the public health department must begin to post all these cautionary tales on the Internet by 2015.Hospital errors have become a hot political topic of late, as state and federal healthcare programs have raised the idea of refusing to pay for faulty hospital procedures.

Later this year, Medicare will stop paying for certain mistakes, such as giving patients the wrong blood type and leaving objects inside surgical patients. Maine, Massachusetts, Pennsylvania and New York have restricted payments for avoidable medical errors. And hospital associations in Minnesota, Washington and Vermont have pledged never to bill patients for the costs of correcting errors [Health Blog, The Wall Street Journal].

The 1,002 adverse events that California's hospitals reported are a small percentage of the responsible care given to most of the 4 million people who were admitted to California hospitals last year.

Hospitals also debated whether all of those adverse events really were avoidable, pointing in particular to the 466 cases of serious bedsores that were included in the disclosures. Debby Rogers, the vice president for quality and emergency services at the California Hospital Association, said someone with a fractured neck might develop a pressure sore while resting on a backboard awaiting surgery. Treating the sore would require moving the patient, potentially paralyzing them by exacerbating the fracture, she said. "We would like to think we can prevent all of them, but we can't," Rogers said

HealthThree COVID-19 Patients Land in the ER. Here’s How the Virus Damaged Their Hearts
Recommendations From Our Store