By the Numbers: Smoke Gets in Your Hair

A new study may clear away some of the haze hanging over the debate about secondhand tobacco smoke. Wael Al-Delaimy, a research fellow at the Harvard School of Public Health, and his colleagues analyzed how much environmental smoke people absorb by measuring nicotine levels in the hair of 114 bar and restaurant workers in New Zealand. Nicotine is a useful tracer of exposure because it gets incorporated into hair after it is absorbed through the lungs. Nonsmokers working in places that allowed unrestricted smoking exhibited nicotine levels nearly as high as those who were moderate smokers. In restaurants and bars with no-smoking zones, nicotine levels were lower but still comparable to the effect of smoking two cigarettes a day. Although Al-Delaimy did not perform follow-up medical studies, his data suggest that secondhand exposure in a smoky workplace could pose the same risks as moderate smoking—respiratory problems, lung cancer, and heart disease. 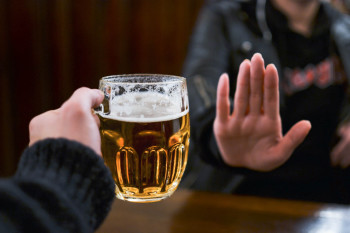