The Bush era of federally funded science was a smashing success. The U.S. Fish and Wildlife Service took the southwestern bald eagle off of the endangered species list, the Bureau of Land Management endorsed cattle grazing regulations that would prove "beneficial to animals," and the U.S. Forest Service recommended legislation to protect animals from wildfires, to name a few. Surprised? Well, there is one problem with these success stories: They're all examples of political distortion, manipulation, and suppression of scientific research by the federal government. 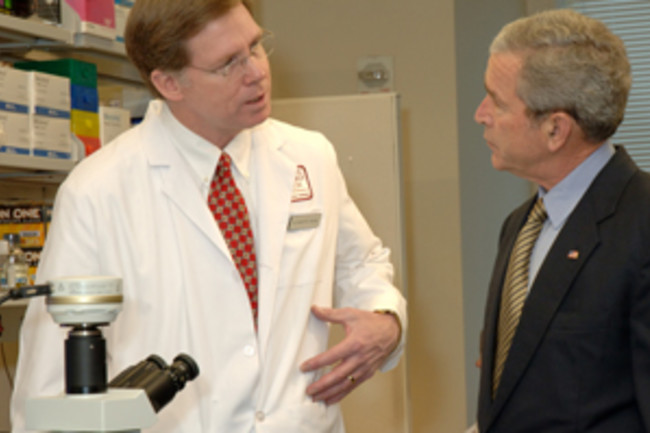 In reality, the southwestern bald eagle isn't doing so well. High level officials at the Fish and Wildlife Service and the Department of the Interior forced FWS scientists to manipulate their findings to support a predetermined decision that the eagles do not merit continued protection under the Endangered Species Act (ESA), despite the recommendations by external peer reviewers that the population has not recovered enough to warrant delisting. As for cattle grazing, BLM officials actually distorted a BLM study by deleting scientific concerns about the effects of newly relaxed grazing regulations on the environment, specifically editing out the warning that "the Proposed Action will have a slow, long-term adverse impact on wildlife and biological diversity in general." Instead, the final version of the environmental analysis endorsed the new regulations, which were supported by the cattle industry, stating that the new rules would prove "beneficial to animals." And those owls? The U.S. Forest Service (USFS) exaggerated the impact of forest fires on spotted owl habitat to expand logging in the Sierra Nevada, portraying increased logging on public lands as a means of "protecting" animals from wildfires. These are just a few cases of politicians getting in the science mix from a great feature on the Union of Concerned Scientists' website: The A to Z Guide to Political Interference in Science. The feature has a list of detailed instances of political interference with science, including editing reports to misrepresent scientific findings, reluctance of agencies to regulate products, ignoring findings in policy rulings, and politicized resistance of scientific appointments--including application questions such as "Did you vote for George W. Bush in 2000?"