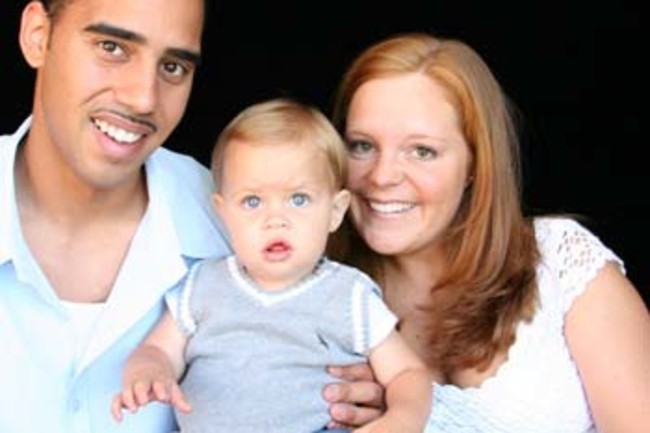 The most common emails I receive are about hair and eye color, and of these the most frequent source seems to be from individuals in interracial relationships. Quite often they are curious as to the possible outcome of their offspring's phenotype. Sometimes they wonder why their offspring looks the way he or she does. On one disturbing occasion someone was appealing to me to clear up the suspicion of non-paternity because of the unexpected outcome of the offspring's appearance! Today I received this email:

I have a 19 month old son who is very light skinned, blond hair and blue eyes. My husband (American) is bi-racial. His mother is white and his father is black. Myself (German), I'm white, same with both of my parents and grandparents. I'm a redhead with greenish brown eyes, my husband has black hair and brown eyes. What are the odds for this to happen, for us to have a white baby with blond hair and blue eyes?