Authorities in Brazil have recently issued an unusual and unprecedented announcement to women: don’t get pregnant, at least not just yet. Amidst an intractable outbreak of the mosquito-borne Zika virus, public health authorities in Brazil are highly suspicious of an unusual surge of cases of microcephaly among newborn children.

Much like the emerging Chikungunya virus, Zika virus was first identified in east Africa in the mid-twentieth century and has rapidly swept through Central and South America in the past year. For children and adults, the infection is relatively benign, causing a mild fever with rash, conjunctivitis or pink eye, and muscle and joint pain. 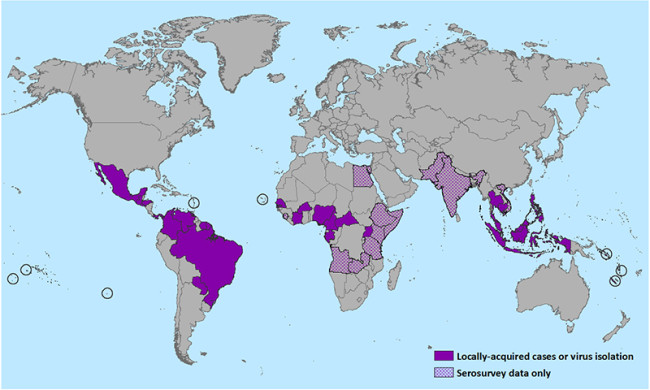 For an unborn child, however, health authorities suspect that the virus may be responsible for causing premature death or serious congenital abnormalities, the most profound being microcephaly, a neurodevelopmental disorder that manifests itself in the form of a notably small cranium and incomplete brain development. Children with this rare condition face a reduced life expectancy and often have profound cognitive and developmental problems. Due to the severity of impairment in these children, they require long-term, specialized care for the entirety of their lives.

Since it was first identified in May of this year, the Zika virus, first isolated in a rhesus monkey in Uganda’s Zika Forest, has infiltrated the mosquito population in Brazil. The total number of infections in Brazil is sketchy, but estimates range from half a million to over 1.3 million cases.

As of December 22^nd

, there have been 2782 cases of microcephaly this year in children born to Brazilian women that report having symptoms of aZika-like infection early in the first trimester. There have also been 80 cases of stillborns and premature neonatal deaths among pregnant women testing positive for Zika virus

. These numbers represent an astonishing departure from the statistics for last year, in which only 150 cases of microcephalic babies were recorded in the country.

The connection between the virus and whether it affects fetal development is still largely conjectural, however, and the mechanism of its pathology has yet to be worked out. No causative relationship between the two phenomena has yet to be established. In light of these findings, however, Brazilian physicians are recommending that women avoid becoming pregnant at least until the end of the rainy season, which encourages mosquito breeding and will begin in January and may last as long as May (1).

Pregnant women are, of course, a group that regularly takes extra precautions in order to ensure the safety of the fetus.A familiar example is the common practice of avoiding potentially harmful foods, such as raw fish and alcohol, and limiting exposure to the deleterious effects of retinoids and x-rays, as well as several teratogens in the environment that may interfere with the normal development of an embryo and result in congenital deformities.

Pregnant women must also take increased care to protect themselves from illness, as certain infectious diseases during the perinatal period can cross the placenta and infect the nascent central nervous system of the fetus, resulting in birth defects. These infections include toxoplasmosis, syphilis, rubella, cytomegalovirus and herpes. Such perinatal infections are very rare, responsible for only 2 to 3% of all congenital defects, but can be devastating to the healthy development of a fetus (2). Pending further research into the exact effects of the disease, Zika virus may soon join the ranks of this ignoble group of microbial pathogens.

The CDC reports that they are unaware of any research that evinces an association between microcephaly and other viral infections spread by mosquitoes (3). This outbreak is frankly unexpected and unprecedented, if there is indeed a connection. The association between the two is under investigation and whether there is an ongoing public health emergency in Brazil remains to be determined.

From the European Centre for Disease Prevention and Control, a great review and resource on Zika virus in Brazil and its possible association to microcephaly.